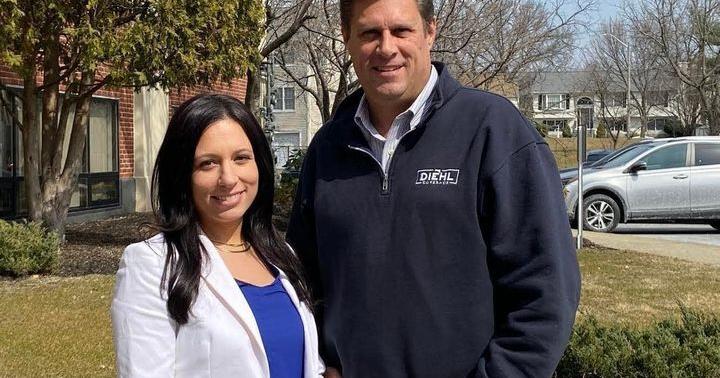 Leah Cole Allen, who now lives in Danvers and represented the 12th Essex District from 2013 to 2015, is jumping into the wide-open race for lieutenant governor by teaming with Diehl to seek the Republican party’s nomination to run in Nov. 8 general election.

Diehl said he worked with Allen on the 2014 “tank the tax” campaign that successfully repealed a provision indexing the state’s 24-cent gas tax to inflation. He said the former lawmaker shares his conservative principles.

“Leah and I share a strong desire to make Massachusetts a better place to live,” said Diehl, a Whitman Republican. “We’re both committed to individual liberty and a state government that is more accountable to the people — and we’ve both got the experience to back that up.”

In a campaign statement, Allen pledged to pursue policies that “respect freedom and individual liberty” and work to blunt the impact of record high inflation and push back against overspending on Beacon Hill.

Allen was elected to the 12th Essex District — which includes most of Peabody — in 2013 after winning a special election to fill a vacant legislative seat following the death of Joyce Spiliotis. She comfortably won reelection a year later, but stepped down before the end of her term to pursue a career in nursing.

Allen joins a half dozen people who are seeking a four-year term as the state’s lieutenant governor, a position that operates largely in the shadows of the governor’s office.

The decision by Gov. Charlie Baker and Lt. Gov. Karyn Polito not to seek a third term in November sparked a wide-open scramble to fill the state’s No. 2 job that has attracted a larger-than-normal field of contenders.

Salem Mayor Kim Driscoll is among those running for the state Democratic Party’s nomination, along with Bret Bero, a Boston businessman making his first run for elected office.

Attorney General Maura Healey, who is widely considered to be the frontrunner in the Democratic race for governor, hasn’t hinted at whom she favors for a second-in-command among the current field of contenders.

Chris Doughty, a Wrentham businessman who is also seeking the GOP nomination to run for governor, has enlisted Kim Campanale, a former state representative from Worcester, as his running mate.

Besides filling in for the governor, the only other required duty is serving on the 10-member Executive Council, which usually meets once a week and votes on judicial nominations and pardons.

Whomever is elected gets a salary of $165,000 — among the highest for a lieutenant governor in the country, according to the nonprofit Council on State Governments.

I Really Wanna Know What You Call These Foods, And Whether We're The Same Or Not

Lauren Bosworth Is Leading A Women's Health Revolution, And It's Just The Beginning