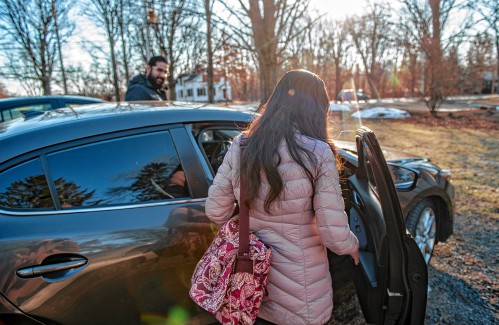 NORTHAMPTON — A rally calling on the Biden administration to end a two-year old federal policy that expels immigrants seeking asylum in the United States takes place at noon Monday at Pulaski Park.

Jewish Activists for Immigration Justice of Western Massachusetts are organizing the local event, coinciding with ones coordinated by “Welcome with Dignity” that are being held across the country on the second anniversary of the invocation of Title 42, a public health order instituted during the COVID-19 pandemic.

Critics have asked President Biden to stop using the Trump-era policy, based on a section of the 1944 Public Health Services Law, to remove people crossing the border. Critics contend these individuals are being denied their due process rights under international law, with the people caught entering the United States illegally being sent back to the Mexican side of the border.

Shel Horowitz of Hadley is a member of the group formed in 2018 that has brought a Jewish perspective to immigration justice activism. Horowitz said several speakers will be on hand to support the cause, including state Rep. Lindsay Sabadosa, D-Northampton, Koby Gardner-Levine from U.S. Rep Jim McGovern’s office, an asylum-seeker from Rwanda, and Alice Levine, co-founder of Jewish Activists for Immigration Justice.

Community Asylum Seekers, of Brattleboro, Vermont, and Indivisible Northampton, are co-sponsoring the event. Participants are encouraged to wear red and bring pots or pans to bang on to make noise.

Jewish Activists for Immigration Justice in 2019 sent delegations to a Florida detention facility for migrant teens and, a year later went to the United States and Mexico border at Brownsville and Matamoros. In both cases, they observed first-hand existing conditions and the toll U.S. policies are taking on families seeking refuge in the United States.

For more information about Monday’s event, go to https://www.facebook.com/JAIJWM.

The Recorder – EarthTalk: Talking to kids about climate change