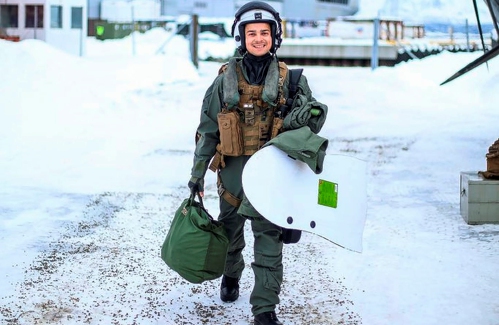 BOSTON (AP) — The family of a Massachusetts Marine who died in a military aircraft crash during a NATO exercise Friday said they’re in shock and devastated by his loss, and their hearts go out to the families of the other three Marines who were killed.

Reynolds’ family said in a statement Sunday that they are broken-hearted, left trying to imagine their lives without him. They said he was caring, compassionate and committed, not only to his country, but also his family.

They said Reynolds and his wife, Lana, had so many plans and so much ahead of them. They said they appreciate everyone who has reached out to support them, and asked for privacy as they grieve.

Leominster Mayor Dean Mazzarella said on social media that Reynolds and his family were always front and center at the city’s veterans and community events, with Reynolds usually holding the U.S. flag.

Massachusetts Gov. Charlie Baker said “the Marines who tragically passed in the accident are all heroes.”

In a statement issued Sunday night, the Marine Corps said the bodies were removed from the crash site and were in the process of being returned to the U.S. A spokesperson did not have an update on Monday morning about the timing for their return.

The cause of the crash remains under investigation, but Norwegian police reported bad weather in the area. Officials in Norway said the MV-22B Osprey crashed in Graetaedalen in Beiarn, south of Bodoe.

12 Healthy Snacks I Tried This Month

Rule change calls for monitoring of all groundfish trips | News