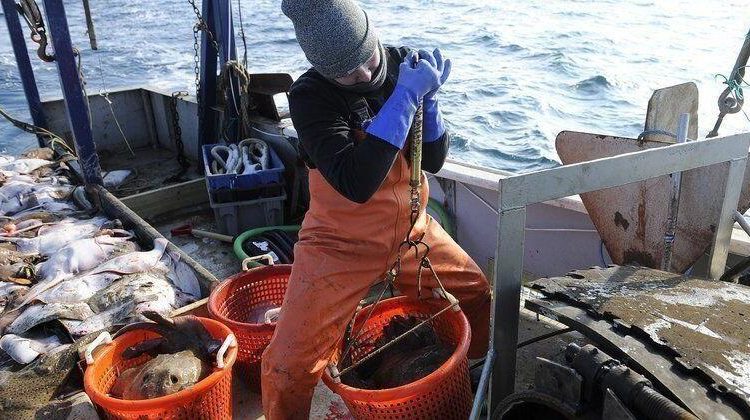 Rule change calls for monitoring of all groundfish trips | News

Webinars on proposed changes to how the commercial groundfish sector monitors its catch, both with monitors at sea and electronically, will be held this week by the Greater Atlantic Regional Fisheries Office of NOAA Fisheries (GARFO) in Gloucester.

The most significant proposed change is a monitoring coverage target of 100% aboard eligible trips, which is higher than present monitoring levels. The change is meant to remove uncertainty surrounding catch. This and other changes — known as Amendment 23— to the Northeast Multispecies Fishery Management Plan were developed by the Newburyport-based New England Fishery Management Council.

The informational webinars on the changes are scheduled for Tuesday, March 22, Thursday, March 24, and Monday, April 4, from 4 to 6 p.m. The March events will focus on fishing industry members and the April event will focus on monitoring service providers.

According to a NOAA Fisheries fact sheet, the changes, if approved by NOAA Fisheries, would give groundfish vessels the choice of a human observer or using one of two types of electronic monitoring to meet the increased monitoring requirements, provided the sector has a corresponding approved monitoring plan and a contract with an approved service provider.

NOAA Fisheries expects to be able to fund 100% coverage for at least two years, according to the fact sheet. The minimum coverage rate would be 40%.

“Meaning, in the absence of sufficient federal funding, the groundfish industry will fund the additional coverage not funded by the agency needed to achieve 40% total monitoring coverage,” the fact sheet states.

The new measures are “meant to improve documentation of catch and catch accounting,” according to NOAA Fisheries.

Not everyone is on board.

“They want to go 100% observer coverage. I’m not in favor of it,” said Gloucester Fisheries Commission member Joseph Orlando, owner of the fishing vessel Santo Pio, and president of Northeast Fishery Sector II. He said the government has been monitoring the fishery for years.

“The discard rate should already be set,” he said. What this is all about, he said, is a lack trust in fishermen, and regulators being pushed “by the environmental people.” The cost for an observer, which he says the government pays for, is about $700 to $800 a day. He said if fishing vessels had to pay for that, “it’s all over.”

When asked about the use of electronic monitoring to lessen the expense or logistics of having an observer on board, Orlando asked if one would want cameras trained on them at their workplace.

“All it comes down to is trust,” Orlando said. “They have no trust in us whatsoever.”

The purpose of Amendment 23, as stated in the fact sheet, “is to improve the reliability and accountability of catch reporting in the commercial groundfish fishery. Accurate catch data (landing and discards) is necessary to ensure that catch limits are set at levels that prevent overfishing and to determine if catch limits are exceeded.”

The Northeast Seafood Coalition in Gloucester also takes a dim view of Amendment 23, calling it “not practical.”

“The agency has not analyzed whether industry funding 40% coverage is feasible for individual participants to fund or its effects on particular ports if it is not. (National Marine Fisheries Service) cannot approve an ‘industry funded’ alternative that it clearly knows that many participants in the industry cannot fund and still survive,” wrote coalition Executive Director Jackie Odell in March 15 comments to GARFO’s fishery policy analyst.

“Amendment 23,” said the coalition, “threatens the ‘continued existence of the fishery,’ and small coastal communities throughout the Northeast that have depended on it for generations.”

The coalition went on to add: “Compounding the problem, the supposed availability of Electronic Monitoring (EM) as a viable tool for the fleet is illusory.” Such a system is a work in progress, the coalition states.

“For example,” the letter states, “a key component of maximized retention is dockside monitoring, the true costs of which are unknown. The devil is in the details.”

The revisions to the groundfish sector monitoring program have been several years in the making.

According to NOAA Fisheries, the agency must make a decision to approve, partially approve or disprove the proposed changes no later than April 14.