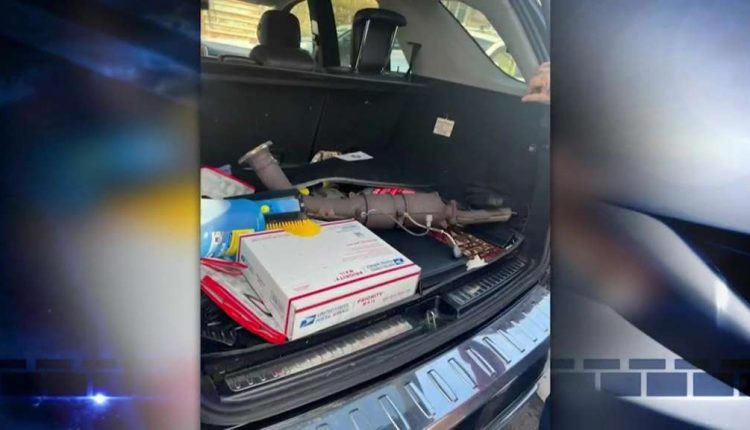 BOSTON (WHDH) – A UMass graduate student said a routine run to her local mechanic nearly cost her her car.

Carly Barber said she took her car in after it started making noises but the mechanic soon called with a different problem.

“They said that somebody had stolen my catalytic converter and at the time I totally believed it because I guess it has been happening in this area,” she said. “I was pretty devastated because this is my means to get to work and school.”

The converter helps filter out toxins in cars and can sell on the black market for more than $1,000. Barber said the mechanic told her it would take $3,000 dollars to replace the converter.

“So, I was looking into my options. I had then called Steve Davis with Boston Junk Cars to see what I could get to junk,” she explained.

According to her, Davis said the car was worth saving and that he could recommend another mechanic to replace the converter.

“I had sent pictures my mechanic sent to me to the mechanic for a second opinion that’s when they noticed the converter was on in one picture and off in the next,” Barber said.

Davis said her former mechanic sent her one too many pictures and ended up outing themselves as the alleged thieves.

Davis said he went to the mechanic himself and helped Barber get the converter back and fixed.

“The money didn’t mean anything it was just helping her. She’s a young lady and she was quoted $3,000 for the job and I thought that was way out,” Davis said.

Barber said Davis was the real hero of the story and she now parks her car in the driveway and has since purchased security cameras.

7NEWS is not reporting the name of the mechanic who allegedly took the catalytic converter because no charges have been filed.