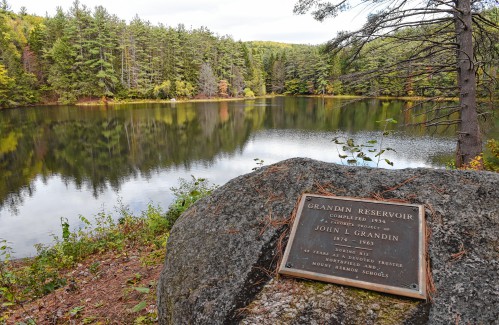 NORTHFIELD — The joint meeting of the Selectboard and Finance Committee this week reiterated the need for resident input before the creation of a new water district is considered at Annual Town Meeting in May.

“Our hope being to create something that is in better shape, better condition going forward,” Town Administrator Andrea Llamas said.

Even though both entities have Northfield in their name, neither belongs to the town, and the new water district won’t either.

“We have run up against a lot of confusion by people,” Lois Stearns of the Finance Committee said.

The East Northfield Water Co., which is owned by Northfield Mount Hermon School, operated at a loss after the campus consolidated to Gill in 2005. With rate increases and the business from Thomas Aquinas College, the company is now breaking even, but it does not have the capacity to make necessary improvements, including repairs along Pierson Road and Linden Avenue and equipment upgrades to comply with the Massachusetts Department of Environmental Protection’s filtration requirements.

The company also has limited access to low-cost grants and loans, an issue the town believes would be solved by creating a nonprofit district with access to government funding.

According to Donald Glascoff, president of East Northfield Water Co., the company has $25,000 of unpaid benefits to employees and other accrued debt. He does not know which, if any, debts will be transferred or paid during the district creation process.

Llamas previously shared a series of potential benefits that would come from adopting a water district model. One such improvement would be the elimination of the expensive water rate application process that has cost around $140,000 in recent years. This, Glascoff explained previously, is because laws and requirements for increasing rates differ between a for-profit company and a nonprofit district. There is also the potential to save money through deals and shared services between the town and the sewer district. Additionally, a water district wouldn’t need to pay state taxes as a nonprofit.

Projected financials, calculated as if the East Northfield Water District began operations on Jan. 1, 2022, show it would be self-sustaining.

“Neither the town nor non-customers will bear any cost,” Llamas said.

Glascoff said the “most favorable outcome” of the project would be to transfer control of the Grandin Reservoir and dam from the company to the district, calling himself a “willing, cooperative party.”

“The reservoir produces good water. The dam is in decent shape,” Glascoff said.

Andrew Evans spoke to the Finance Committee and Selectboard on behalf of Resources for Communities and People (RCAP) Solutions, a nonprofit that assists rural communities, including Northfield, with water and wastewater utility issues. RCAP Solutions, he said, can help the district comply with MassDEP requirements, including:

■Hiring or becoming a state-certified water operator of the appropriate grade.

■Testing the water according to an individual sampling schedule using a state-certified lab.

■Reporting all results to MassDEP.

“You’ve got an ally here,” Evans said of RCAP Solutions.

There are several outstanding steps before the water district is created, including the presentation of information to residents, approval of an article on the Annual Town Meeting warrant, and approval by state agencies and the Legislature. Upon the district’s creation, it will apply for government grants and loans and begin transferring assets from the East Northfield Water Co.

The Finance Committee will meet next Monday to discuss its recommendation ahead of the next steps.