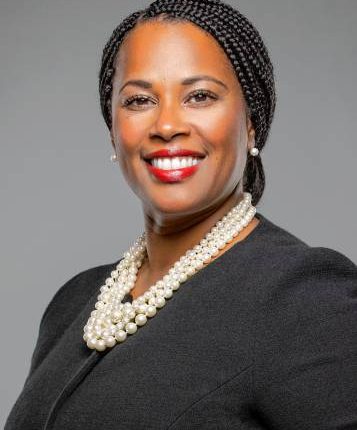 WORTHINGTON – Tanisha Sullivan, who is running for secretary of the commonwealth, will be the latest guest of Worthington’s Sundays with the Candidates series.

“In order to effectively serve, you have to know what’s top of mind for people,” Sullivan said. “The best way to do that is by direct contact.”

Sullivan’s appearance at Sundays with the Candidates will occur this Sunday beginning at 2 p.m. The event is virtual and open to residents of all communities and those interested in attending can email Worthingtondem@gmail.com for a Zoom link to the event.

Sullivan is challenging incumbent Secretary of the Commonwealth William Galvin for the Democratic Party nomination. Sullivan, 47, is the president of Boston’s NAACP branch, and is also an attorney in her 20th year of practice. She lives in Boston and grew up in Brockton.

“I am a civil rights leader who has a track record of actually delivering,” Sullivan said.

Sundays with the Candidates is put on by the Worthington Town Democratic Committee and previously hosted attorney general candidate Quentin Palfrey.

“I am looking forward to it,” Sullivan said.

Sullivan also said that the secretary of the commonwealth’s office “must be transformed” from one that is transactional and administrative into one that is dynamic and actively engaged with communities and actively seeking to help people know how to engage with government. Additionally, she spoke about championing transparency and said that accessibility of information is key.

The candidate expressed support for educating people about their voting, civic and informational rights through the secretary’s office and for increasing the physical presence and outreach of the office.

“Democracy is more than just a voting day,” she said.

Sullivan also expressed support for the VOTES Act, a provision of which would make no-excuse, mail-in voting permanent in Massachusetts.

“Before we can lead, we have to catch up,” she said, noting that many other states have no-excuse, mail-in voting.

Additionally, she expressed support for communities having conversations around lowering the voting age in municipal elections.