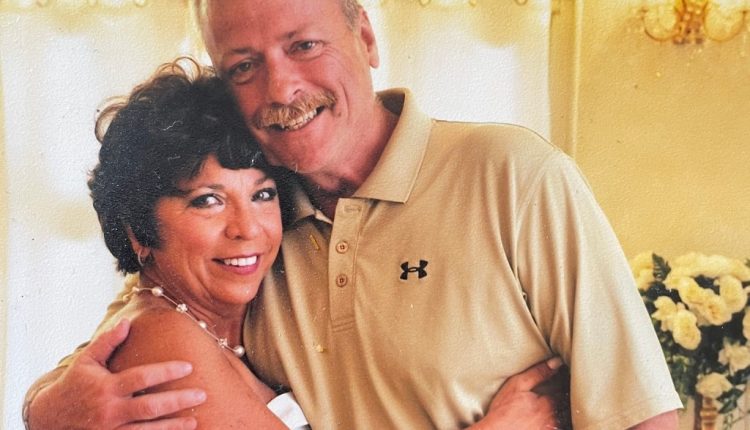 DRACUT — The family and friends of a pedestrian who was struck by an alleged drunken driver earlier this month have set up a fundraiser to pay for his medical treatment and to make his home accessible.

Paul O’Brien, 61, a former Sun employee and court officer at Lowell District Court, was crossing Lakeview Avenue at about 6:50 p.m. March 5 when he was hit. He was hospitalized and put into a medically induced coma.

State Rep. Colleen Garry, a friend of O’Brien and his wife, Sheila, has set up the fundraiser to help install a chairlift in the couple’s condominium and turn a half bathroom on the first floor into a handicap accessible full bathroom, renovations which will not be covered by insurance.

“We want to be able to have that house ready for when he’s able to come home,” Garry said. “If we can’t do that I think they’d have to look at moving and we don’t want them to have to do that.”

The driver in the incident, Tyngsboro resident Christina Digloria, 46, was charged with operating under the influence of alcohol, leaving the scene of a crash causing serious bodily injury and possession of an open container of alcohol.

O’Brien sustained a traumatic brain injury and has had two surgeries to repair broken bones. He has another surgery scheduled for Thursday, with the goal of moving him into rehabilitation next week.

In a Facebook post Saturday, Sheila O’Brien wrote that her husband was out of his coma and communicating with family members. She said his condition began to improve on the day before St. Patrick’s Day, one of his favorite days of the year.

“God, Saint Patrick, and all the Celtic angels are with him, as well as prayers from and for our entire family,” she wrote. “The care and concern from his colleagues at the courthouse, Lowell Sun alumni, neighbors and beloved friends has been a tremendous source of comfort and support.”

Garry said they hope to have a celebration and fundraiser for the O’Briens when Paul returns home, but for now they are supporting him by reading messages posted on Facebook, where she has set up a page titled “Paul O’Brien’s Recovery Page.” She said they have received support from people all over Greater Lowell, as O’Brien has been very involved in the community.

“Paul is getting stronger, and thank God he has survived what could’ve been a very, very tragic story,” she said. “He is moving forward and it’s very exciting.”

Donations for O’Brien’s recovery can be made out to Friends of Paul O’Brien, c/o Attorney Colleen Garry, 101 Broadway Road, Suite #11, Dracut, MA 01826.