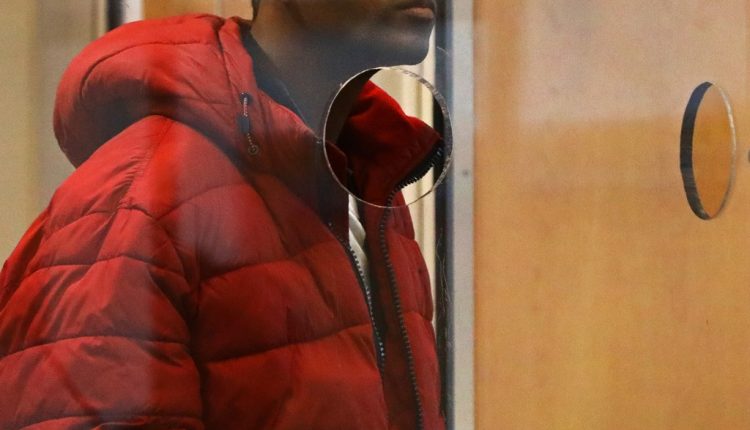 Two alleged Mass and Cass pimps arraigned; one accused of kidnapping and stabbing victim, telling her ‘I own you’

Two alleged pimps working the area of Mass and Cass separately — one facing particularly brutal allegations — were busted as neighborhood complaints say the infamous “Methadone Mile” is steadily heating back up.

“These two men have made Mass and Cass their personal playground of mayhem and exploitation, and they’ve done it by targeting and terrorizing the most vulnerable members of our community,” Suffolk DA Kevin Hayden wrote in a statement. “These are human-weakness predators.”

Reyes Familia, 30, of Malden, was arraigned Thursday at Boston Municipal Court Central Division. In one case he is charged with trafficking a person for sexual servitude, deriving support from prostitution and kidnapping; on another docket he faces an assault with a dangerous weapon stabbing charge.

Judge Mark Summerville met the prosecution’s suggestion by imposing $50,000 bail, GPS-monitored home confinement, that Familia stay away from and have no contact with the victim, and to stay away from both Mass and Cass and the Townline Inn in Malden, where his alleged victim was often supposed to drive to meet up with paying Johns. The stabbing case added an additional $10,000.

“(Expletive), I own you for the rest of your life and you can’t run away from me,” Familia allegedly told the victim, who was marketed for sex under the name Blue Ivy.

He then allegedly threatened to kill her after she ran away, punched and slapped her and stabbed her in the hand, telling two other women “This will happen to you, too, if you try to leave me.”

Prosecutors say that the victim first met Familia two years ago in a Downtown Crossing drug buy. A fated walk down an alley left her blindfolded and taken to an unknown location, prosecutors allege, where she remained blindfolded for the first three months, drugged, beaten and forced to have sex with Familia and other men.

Keon Boggs, 39, who stays at the Boston Southampton Street shelter near Mass and Cass, was arrested by Boston police at around 6:30 p.m. Wednesday after allegedly trying to recruit female undercover officers as prostitutes.

“Do (you all) do that pimp (expletive),” he allegedly asked them. “That’s what you need.”

Judge David Weingarten, of BMC Roxbury, ordered Boggs held on $200 bail. Should Boggs post bail, he’ll be GPS monitored, visit with his probation officer weekly and stay away from Mass and Cass.

Prosecutor Calen Monahan argued that bail be set at $5,000 cash, citing numerous past offenses on his record and that he was already on probation at the time of the alleged offense.