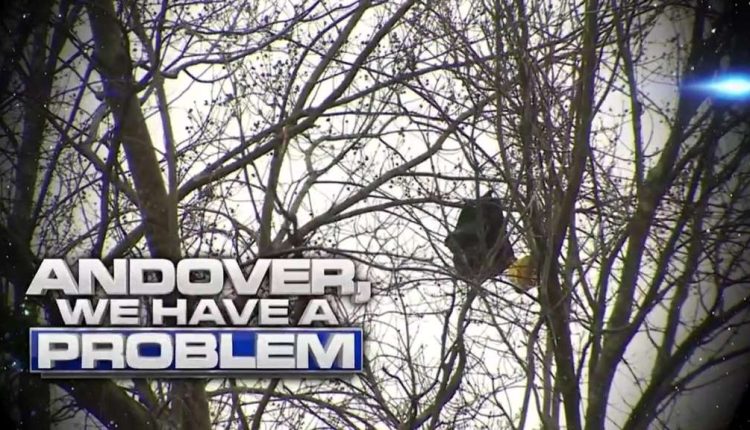 ANDOVER, MASS. (WHDH) – Andover, we have a problem!

The rocketry club at Andover High School is asking for some help after a test launch for their rocket went sideways — in more ways than one.

“On its way down, it got stuck up in the tree,” Xerxis Palsetia explained. “So we’ve been trying to basically try to figure out how to get it down.”

To make matters worse, the team has a competition later this week.

The team has tried everything to try and free their rocket but thus far, nothing has worked.

“We tried putting a rope around the tree, we’ve been calling and contacting local landscaping companies if they would offer to take it down for us, and we’ve been just trying to spread the word to see if someone can do something for us,” Xerxis said.

The students said building a new one is out of the question.

“So we’ve been working on the rocket for the last two months,” Xerxis explained.

The kids have nothing left to do but wait for a miracle. They say they are hoping someone will be up for a quick rescue mission.