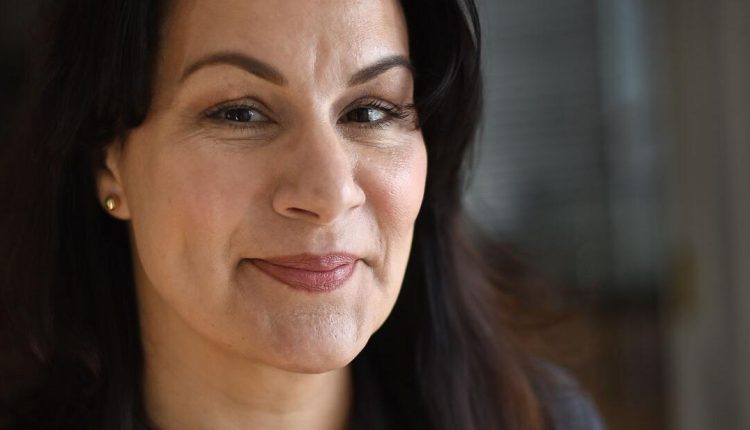 Local CODA who worked on film cheering for Oscars | News

For Elena Lee, the comical tear-jerker film “CODA,” which is up for three Academy Awards on Sunday night, was an emotional vortex because she is a CODA — a Child of Deaf Adult(s).

“I told him that he was going to be the star of this show,” she said. “Watching Troy is just miraculous. He is just so animated and quick and witty and comical, almost nonstop, and that is who he is. I think he should have been recognized so many years ago. He has been acting for decades. It’s the same incredible performance you see in this movie that he gives in every single production he does. It’s always so intense and so heartfelt.”

Kotsur’s walk down the yellow brick road continues as he breaks down more barriers, as his “CODA” co-star Marlee Maitlin did before him. She was the first deaf actor to win an Academy Award, or Oscar, in 1986.

For his work in “CODA,” Kotsur was the first deaf male actor to be nominated and win best supporting actor nods from the Screen Actors Guild (SAG), Critics Choice and British Academy Film Award — on the same day, the Gotham Awards, and the 2022 Film Independent Spirit Awards, founded in 1984, for independent filmmakers.

In “CODA,” Kotsur plays the head of a Gloucester fishing family whose daughter is torn between her dream to study singing at Berklee College of Music and remaining in the family business to be the interpreter for her father, mother and brother who are deaf, and played by deaf actors.

“As a heritage signer myself and being able to see and witness all of those emotions that Troy brings to his acting is breathtaking,” said Lee, who previously lived in Rockport where her four children attended school.

A heritage signer is generally defined as a deaf or hearing American Sign Language signer who was raised by deaf parents.

Additionally, “CODA” provided open captioning, meaning the entire film was subtitled, a practice not common in the film industry.

In 2015, Lee moved from New England to New York City, working as a freelance interpreter. But she is now able to work remotely and returned to make Cape Ann her home.

Working on the film

Working on the “CODA” film set for three months is a highlight of her career.

“Working on a movie set is so interesting and full of physical demands. I’d get up at 2 a.m. to be on the boat and working 18 hours a day nonstop. It was just a thrill even though it was the middle of the night. I couldn’t wait to get to work and work with Sian and Troy and the cast,” she said.

When asked how she would describe the charismatic Kotsur, Lee admitted it would be easier to describe him in sign language than in words.

“But I can say he is just one of the guys with a great sense of humor,” she said. “He fits in anywhere.”

Even though she knew the script in all its details, she did not expect to react viscerally to one of the final scenes: Sitting in the bed of his beat-up pick-up truck, Kotsur’s character, urging his daughter to follow her passion and attend the prestigious music school, utters his one solitary verbal line in the script — “Go.”

“That was my absolute favorite scene,” said Lee. “At that part in the filming, Troy is doing his magic and for me, as a CODA, to hear him say those words, I know what it meant for him as a person and I broke down in tears on the set, and Troy was trying to get the attention of the director but I couldn’t see him through my tears. He caught up with me and asked where I had been because he didn’t see me. I said we were here crying our eyes out and he says ‘Oh really’.”

Often Lee would tuck herself into a corner of the set during action, whether it was in a room, or out at sea on the fishing vessel.

In one comical moment involving a parent-child conversation about safe sex, Lee had to cover her face each time the director yelled “action.”

“It was hard to keep anyone from laughing during that scene,” she recalled.

But the reality for the deaf community is that many interactions with the hearing world are far from funny.

“Unfortunately there are many interactions deaf people have with people on a daily basis that are very difficult,” she said. “The experience with Ruby in high school with the bullying and mocking, that was incredibly real for me and it was hard to watch.”

Lee, who has a younger brother, was born in Washington D.C., where her mother had moved from South Carolina to attend Gallaudet University, founded in 1864, with the support of Congress and President Abraham Lincoln. The college remains a leader in the education of the deaf and hard of hearing. While living in the nation’s capital, Lee’s mother took a job with the postal service, and she would meet her future husband, who was from Louisiana.

“I became and was their only source of communication with the outside world, with the exception of the TTY (teletypewriter) and pen and paper. It was so normal to me. The only time there was an impact was when people made me feel like it wasn’t normal, and that has continued to have an impact throughout my entire life and fighting that stereotype and stigma.”

In a twist for Lee, after “CODA,” she worked on the Netflix original reality television series “Deaf U,” which follows a close-knit group of deaf students at Gallaudet University.

When the Sundance-winning “CODA” was released to the public last August, Lee flew to South Carolina to watch the film with her family.

“It was just so many tears, and it was a very bonding moment for my brother and I,” she said. “My parents were proud and they absolutely loved the movie.”

On Sunday evening, Lee will be among the viewers of the 94th Academy Awards ceremony.

In previous awards ceremonies, Kotsur and screenwriter Heder have given shout-outs to Gloucester, where the majority of the movie was filmed.

“Troy loved it here. It was the peace he found here. It’s the water, the scenery, it’s what everyone falls in love with,” said Lee. “This place is like a Stephen King novel, it just sucks you in.”