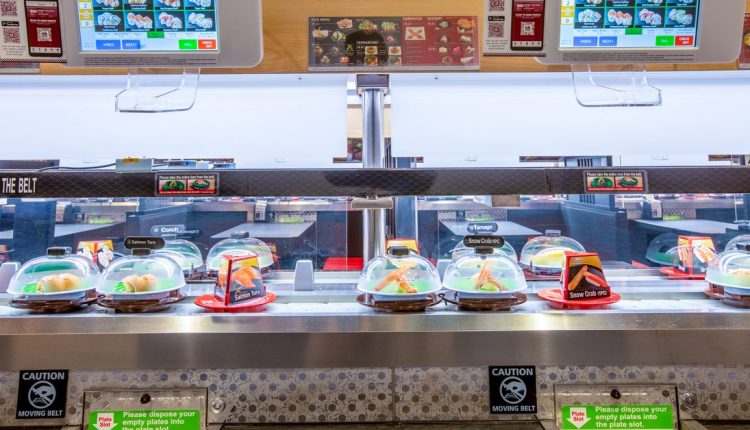 Spring is here, sunshine is (kind of) here, and restaurants keep opening. Updated periodically throughout the season, this roundup highlights notable spring 2022 restaurant openings and reopenings in Boston and nearby; find the most recent updates at the top.

Check last season’s roundup here, featuring Peruvian food in Cambridge, giant cookies in Back Bay, a sake bar in Brighton, and lots more. Know of a new or soon-to-open restaurant that should be on Eater Boston’s radar? Get in touch here.

Health experts consider dining out to be a high-risk activity for the unvaccinated; it may pose a risk for the vaccinated, especially in areas with substantial COVID transmission.

ALLSTON, BOSTON — Silhouette Lounge — aka “the Sil,” one of Boston’s essential dive bars — reopened under new management right at the end of winter 2022 (200 Brighton Avenue, Boston), with the original staff in place (and yes, there’s still free popcorn, darts, and cheap beer). It’s on social media now, and it accepts credit cards, which all feels kinda weird, but hey, welcome to 2022.

FENWAY, BOSTON — Harvard Square’s Source, a gastropub with a focus on Neapolitan-style pizza (look at those ‘roni cups), has opened a counter-service offshoot at Fenway food hall Time Out Market Boston. The new spot has a short menu of pizzas, including a couple exclusive to this location, such as the “Get Tha Lobsta Kid” with lobster, bacon, red onion, roasted peppers, tartar sauce, and lemon. At lunchtime on weekdays, there are also calzone specials.

SEAPORT DISTRICT, BOSTON — Woburn-based Lord Hobo Brewing has had a Seaport District expansion in the works since 2017 (2 Dry Dock Avenue, Boston), officially announced it in 2019, and partially opened it up for outdoor drinking in September 2020. Now, it’s more fully open, having debuted its indoor brewery and restaurant space with 160 seats in mid-March. Come April, it’ll open its outdoor patio for nearly 400 more customers. There are cocktails in addition to Lord Hobo’s own beers, plus a food menu of lobster rolls, fish and chips, a burger, and more.

ASSEMBLY ROW, SOMERVILLE — Salt & Stone will open in the former Midici space at Assembly Row (463 Assembly Row, Somerville) on March 28; reservations are available online. It’s the first independent spot from Sean and Sue Olson, who operated this location of the Midici chain. At Salt & Stone, they’ll be serving a wide-ranging menu from charcuterie boards and seafood towers to pasta, flatbread, and more, emphasizing local sourcing.

BURLINGTON — The first of two local outposts of Major Food Group’s red-saucy Italian chain Parm has arrived, opening at the Burlington Mall (75 Middlesex Turnpike, Burlington) in mid-March. (Major Food Group is the big-deal international restaurant group behind Boston’s rooftop newcomer Contessa, among many other spots in New York and beyond.) Serving hefty sandwiches, chicken and eggplant parm platters, Negronis, and more, Parm will also open a location at Copley Place in Boston’s Back Bay in June.

HARVARD SQUARE, CAMBRIDGE — Quietly open since mid-March but celebrating its grand opening on March 26, Bosso Ramen Tavern (24 Holyoke Street, Cambridge) is a Japanese izakaya inspired by the ocean. It’s serving unique ramen and sushi, as well as some other seafood dishes and more. There’s sake, too. Read more here.

In other Harvard Square news, neighborhood staple Grafton Street, which first opened in 1996, has moved to its third location, 59 JFK Street, Cambridge, which previously housed its sibling restaurant Park. Grafton Street had been open at its second location, 1230 Massachusetts Avenue, Cambridge, since 2001, closing in March 2020 due to the pandemic. Longtime Grafton Group alums Paul Barry and Tom Borgia are both involved in the new location, serving as lead bartender and executive chef respectively. The restaurant serves new American food and cocktails. Weekend brunch is expected to start in early April.

NEWTON HIGHLANDS — After over a decade on the road, the popular food truck the Dining Car put down roots in the former Bread and Chocolate space (4 Hartford Street, Newton) in the final days of winter 2022. The casual restaurant features sandwiches, salads, and baked goods. Read more here.

WATERTOWN — Conveyor belt sushi restaurant Kura Sushi, a large Japan-based chain that dates back to 1977, opened at Watertown’s Arsenal Yards development (101 Bond Square, Watertown) in March, Kura’s first New England location. (Next up, it’ll expand to Dorchester’s South Bay Center.) The dining experience is largely automated, with customers ordering from touch screens, picking their dishes up from the conveyor belt that passes by the table, and depositing finished dishes into a disposal slot next to their seat. There are prizes, too, not to mention robots (“Kurabots”) that assist the company’s human servers by delivering drinks and condiments to tables.

What Do You Know About Cerebral Palsy?