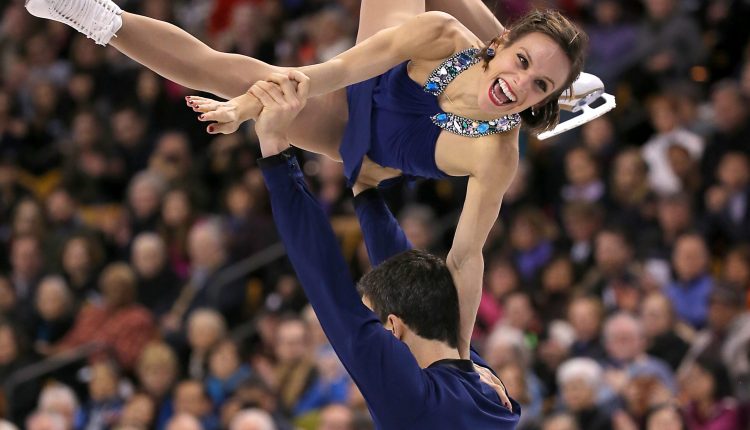 Two British figure skating announcers, Simon Reed and Nicky Slater, were suspended on Thursday by the International Skating Union (ISU) a day after making disparaging comments about a Canadian coach during the pairs short program at the 2022 World Figure Skating Championships.

The announcers were caught having a conversation on the International Skating Union’s live stream on YouTube when they thought their microphones were off, and one of them made an offensive remark about Meagan Duhamel, a two-time world champion skater and now a coach.

Duhamel tweeted about the commentators on Wednesday, and while discussing one of her tweets Reed said, “Don’t worry about her.” Slater responded, “I didn’t mention her by name, I nearly did, we didn’t mention her as one of the coaches.” Then Reed called Duhamel “the bitch from Canada.”

The ISU’s Twitter account released a thread of statements, saying it was shocked by the language used and that it does not fall in line with the organization’s views.

“There is no place for harassing and abusive language or remarks and behavior in sport and our society,” the statement said. “The ISU took instant action with its service provider to suspend both commentators with immediate effect and neither will cover any future Figure Skating events for the ISU.”

ISU apologized to Duhamel for the inappropriate comments and said an internal investigation is forthcoming.

“I have received personal apologies from Simon Reed and the ISU president and I don’t think a public apology is necessary at this point,” Duhamel said Thursday on Twitter. “I appreciate and respect their apologies.”

Duhamel tweeted her displeasure with the commentators throughout the first few days of the event, specifically with one of the announcers saying they didn’t watch skating very often. She also was frustrated with their comments about it being “sad” that Russia wasn’t at the event. Russia was at the center of a doping scandal during the 2022 Winter Olympics in Beijing that saw 15-year-old Kamila Valieva compete in the games despite testing positive for a banned substance. And Russia’s invasion of Ukraine brought repercussions from other countries and sports organizations who refused to let Russians compete in sporting events.

The misogynistic remarks prompted outrage on Twitter from figure skating viewers. Duhamel later thanked those who supported her.

Canadian announcer Ted Barton will commentate during the rest of the competition; the World Figure Skating Championships started Sunday and will continue through March 27.