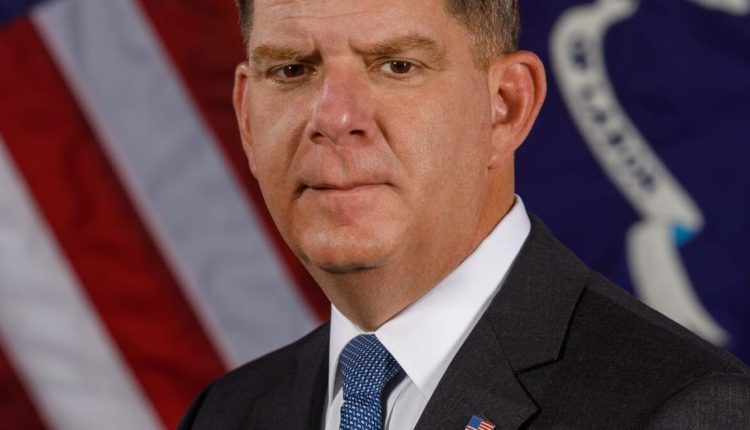 BEVERLY — Marty Walsh, the U.S. Secretary of Labor and former Boston mayor, will be the 2022 Endicott College commencement speaker, the Beverly college announced this week.

“Secretary Walsh’s commitment to equity and creating jobs for all people — first in the commonwealth, and now nationally — is the very embodiment of an Endicott education, which is defined by internships and experiential learning,” said Endicott president Steven DiSalvo. “While leading Boston through the early stages of COVID, Secretary Walsh has proven to be a resolute and compassionate leader, and I very much look forward to his address.”

Born and raised in the Boston neighborhood of Dorchester by immigrant parents, Walsh is a survivor of Burkitt lymphoma and has worked to expand addiction treatment throughout his career, according to an announcement. While working full-time as a legislator, he returned to school to earn a degree in political science at Boston College.

Walsh joined the Laborers Union Local 223 at 21 and from 2011 to 2013 he led the Building and Construction Trades Council, where he established a program called Building Pathways that has become a model for increasing diversity in the workplace and providing career opportunities for women and people of color.

In 1997, Walsh was elected state representative for the 13th Suffolk District, one of the most diverse districts in Massachusetts, covering Dorchester and part of Quincy. He held that seat until winning a crowded race for mayor of Boston in 2013.

As the 54th mayor of Boston, Walsh led the creation of nearly 140,000 jobs and helped secure a statewide $15 per hour minimum wage, paid sick leave, and paid parental leave, according to an announcement. He also established universal pre-kindergarten for all children, and free community college for low-income students. He was sworn in as President Joe Biden’s 29th Secretary of Labor on March 23, 2021.

Endicott’s 82nd commencement ceremony will be at Hempstead Stadium on Saturday, May 21, at 10 a.m.