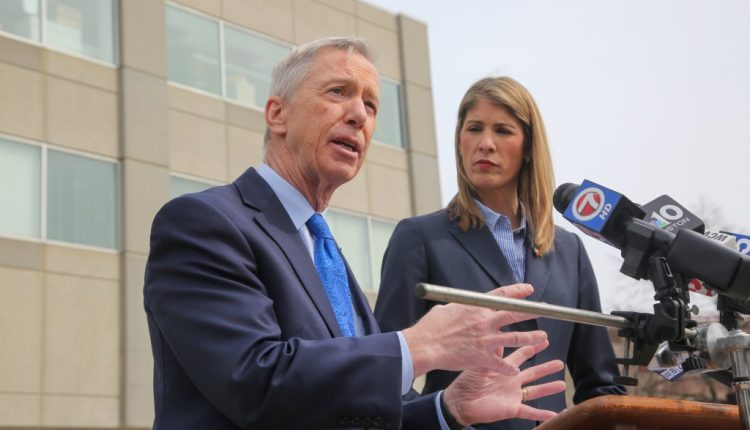 Reps. Lori Trahan and Stephen Lynch joined a bipartisan Congressional trip to the Ukrainian border countries, where they described the generosity of taking in frightened refugees.

“In our visit to the Ukraine border, we observed some of the worst conduct and the worst treatment of human beings that one could possibly see,” Lynch said.

He recounted how Vladimir Putin and the Russian Federation Forces are targeting civilians, including women and children, as well as schools and residential homes.

“But we’ve also seen some of the most generous, I would say sublime human conduct on behalf of the Polish people, the Romanian people, the people of Moldova, right at the border, welcoming these people into their homes,” the Boston Democrat said.

Over 3 million Ukrainians have fled home, Lynch estimated. He said he’s visited refugee camps across the globe, from Syria to Jordan, but called the situation in Eastern Europe “unlike any other situation I’ve ever seen in my 20 years in Congress.”

He described the willingness of families in bordering countries, even in the poor country of Moldova, to take in refugees.

Earlier this week, President Biden announced that the U.S. will shelter 100,000 Ukrainian refugees, with many of them likely being family members of Americans already living in the country. He also authorized $1 billion to help Ukrainian border countries accept these refugees.

“It’s all hands on deck to provide for Ukrainian refugees who are fleeing violence and danger at home, and it’s likely that we’ll be called on again to do more, so we must be ready to continue with our support because we’ve seen just how much is at stake,” Trahan said, later alluding to the possibility that the U.S. may accept more fleeing the invasion.

She and Lynch also did not provide specific figures for how many refugees may end up in Massachusetts, though Lynch expected many to relocate to Pennsylvania, where there’s a large Ukrainian community. Trahan, who represents Lowell, a historically immigrant-friendly city, said she’s “eager” to welcome refugees to the state.

Trahan also echoed Biden’s tone on the use of chemical, biological or nuclear warfare in lockstep with Russia, if tensions rose to that point.

“While I do think that us having forces on the ground in our allied partner countries, right on the border, in some cases, is a deterrent, we don’t take anything for granted because (Putin) is a deranged human being,” Trahan said. “We don’t know how far he’s going to go.”

“(Biden) is trying to keep this line where he’s saying very clearly to the Russians: ‘We’re not trying to provoke a nuclear war here, but we are also not going to let you get away with bombing the Ukrainian people,” she said, approving of Biden’s approach.

Trahan and Lynch also assessed NATO’s military response via a visit to Romania’s MK Airbase, and assessed the damage done to nuclear power plants in the region, including Chernobyl in Ukraine.

Because it’s too dangerous to send people in to inspect the damage and many of the remote monitoring units aren’t functioning, “we’re sort of in a dark place there in terms of getting accurate information of what’s going on at those plants,” Lynch said.

Sean Cotter contributed to this report.