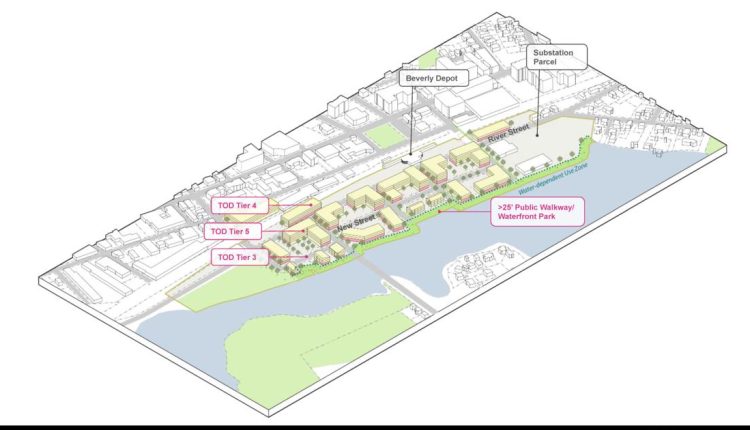 BEVERLY — The Ward 2 Civic Association will host a meeting on Monday, March 28, at 7:30 p.m. at City Hall on proposed changes to the area along the Bass River. The public is invited to attend.

The city is considering creating a new “overlay” zoning district that would allow apartments and stores to be built on land on River Street along the Bass River. The district would cover about 14 acres, stretching from the former Bowl-O-Mat site to the National Grid facility.

An earlier presentation by the city showed that the new zoning could have the potential to allow 900 to 1,400 apartments in the area. There could also be a public walkway and waterfront park along the river. Any projects would have to be undertaken by private entities since the area in question is all private property. Existing businesses could continue to operate under a new zoning district.

A new zoning district would need to be reviewed by the Planning Board and approved by the City Council. Mayor Mike Cahill has said the city hopes to have a proposed ordinance before them by early April.

Cahill and representatives from the city’s planning department will be at the meeting on Monday to discuss the proposed changes, according to the Ward 2 Civic Association. The group said it is also inviting outside experts “to offer unbiased opinions on the challenges raised.”

“We hope to specifically deep-dive into issues of affordable housing, development density and environmental challenges that are associated with the land parcel in question,” Ward 2 Civic Association member Suzie LaMont said.

The forum will be moderated by Danielle Spang, the civic association secretary. For more information go to www.facebook.com/events/328637799122134/.