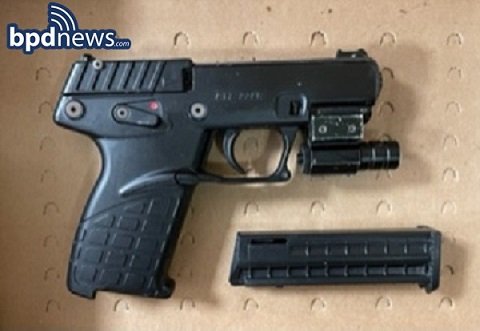 Two teens, one from Dorchester and the other from Lynn, have been arrested and charged with the shooting at TechBoston High earlier this month.

The male teenagers are accused of shooting a teacher and student at TechBoston on March 16. Both victims were sent to the hospital, but the shooting has rattled the school community with some calling for police to be put back in the hallways.

“An event like this shakes a school community — and the larger community — to its core,” said Suffolk DA Kevin Hayden on Saturday night. “But in talking to students and staff at TechBoston I came away convinced of their strength and resiliency.

“Now, thanks to superb work by Boston Police, the Office of Safety Services, and prosecutors from my office, they can gather again knowing that those responsible for this reckless act are in custody and will be held accountable,” he added. “The fact that both defendants are juveniles makes this incident all the more sad and makes us all the more resolved to target the flow of guns onto our streets.”

A teacher and student were shot in the parking lot at TechBoston Academy while preparing for a school event March 16, police said. The ambush occurred at 5:40 p.m. and the 31-year-old man and 17-year-old boy were both taken to an area hospital with non-life-threatening injuries.

2 charged in connection with shooting of student and teacher at Boston school – Boston News, Weather, Sports