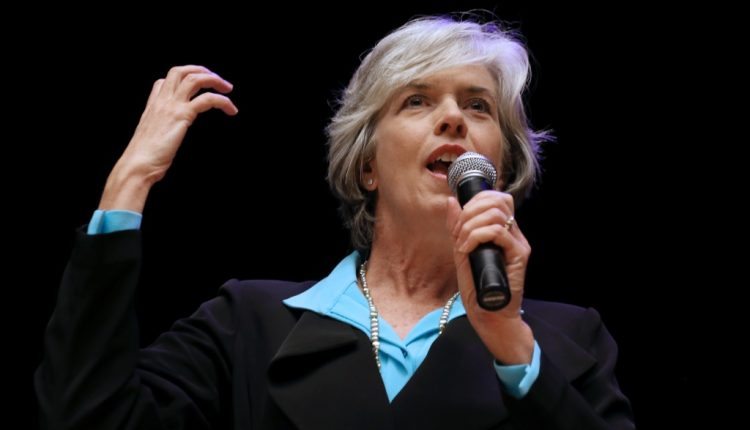 no troops in Ukraine, but congress is ready if needed

Congress is ready to support President Biden with an Authorization for the Use of Military Force — if necessary — but troops should not be sent into Ukraine while sanctions work.

That’s according to U.S. Rep. Katherine Clark, representing Massachusetts’ 5th district and serving as assistant speaker of the House.

Clark, the fourth-ranked House Democrat, appeared on WCVB’s “On the Record” with Janet Wu on Sunday, where she discussed the war in Ukraine and whether the U.S. should admit refugees.

Asked how the country should respond if Russian President Vladimir Putin escalates his war in Ukraine by using directed cyberattacks or chemical weapons, Clark said Congress is ready to act but won’t broadcast the plans of the United States.

“We’re going to have to see exactly how this unfolds,” she said. “We are ready if the president needs an authorized use of military force — an AUMF — we’ll be ready for that. But the president has been clear — there will be severe sanctions. But he’s not going to forecast or engage in hypotheticals.”

Clark told Wu she does not think troops should be sent into Ukraine, saying that the goal was peace and hoping the sanctions in place would serve to keep troops out of harm’s way.

Clark also expressed her support for hosting Ukrainian refugees in the United States. Estimates say nearly 25% of Ukraine’s population of over 40 million have fled their homes since the war began on Feb. 24, with more than 3 million having left the country to seek refuge.

Biden has indicated his administration is willing to accept 100,000 such refugees.

According to Clark, Massachusetts is also prepared to step up and take some refugees.

“I think that is a role I have seen the commonwealth step into time and time again,” she said. “We know here in Massachusetts our immigrant roots and refugee roots … we are going to be here to help Ukrainians.”

An Authorization to Use Military Force can allow a U.S. president to deploy troops into combat roles without a traditional declaration of war by Congress.

A similar tool was used after 9/11 to authorize deployment of troops to Iraq and Afghanistan under Operations Iraqi Freedom and Enduring Freedom. The military force authorization has since been used for military campaigns in Djibouti, Ethiopia, Eritrea, Georgia, Kenya, the Philippines, Somalia and Yemen.

Clark’s comments came just as thousands of protesters gathered on the steps of the Lincoln Memorial in Washington, D.C., to call for a no-fly zone to be established over Ukraine, and a day after Biden declared of Putin that “For God’s sake, this man cannot remain in power.”

So far, Clark said the president has been doing what he must to keep the conflict from spilling further into Europe.

“I think the president is taking the right approach,” she said. “He has led when he needs to lead, and stepped back and let European countries lead when they need to lead.”