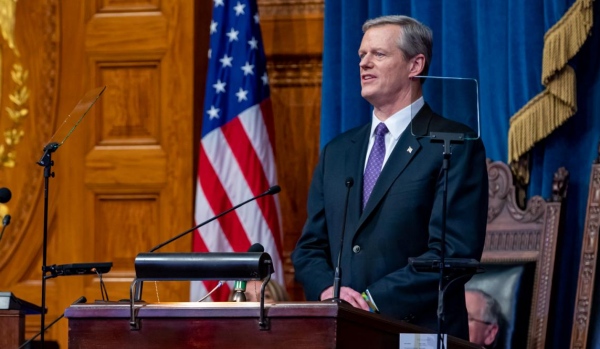 Through these newly awarded designations and grants, the Executive Office of Education anticipates that approximately 8,700 students will be enrolled in early college programs by the 2024-2025 school year. Early college programs combine traditional high school courses with an opportunity to earn college credit at a college or university. Currently, there are approximately 5,400 students enrolled in early college courses at 50 high schools across the Commonwealth.

“Early college is an invaluable tool that supports increased college enrollment among participating students, particularly students from groups historically underrepresented in higher education, and helps them succeed once they arrive on campus,” said Governor Charlie Baker. “Today’s announcement will boost participation rates at schools that already have programs, as well as launch new and exciting programs that will create more pathways to college.”

Since its launch in 2017, the Baker-Polito Administration has strived to expand access to early college programs. The Governor’s FY23 budget proposal includes $7.3 million for early college funding, representing a significant increase over FY22, to bring the total annual investment to more than $18 million.

“The more communities that launch early college programs, particularly in our Gateway Cities, the more we can provide opportunities to students that help close achievement and workforce gaps,” said Lt. Governor Karyn Polito. “By creating and supplementing designated early college programs with our municipal partners, our administration aims to break down barriers that persist between high school and higher education.”

“As part of the intra-agency early college collaboration, the Board and Department of Higher Education has approached this effort, as with all our work, from an empirically-based policy analysis frame,” said Department of Higher Education Commissioner Carlos Santiago. “We are therefore pleased with early data showing that designated Massachusetts early college programs have prioritized and demonstrated progress in raising college-going rates and matriculation for students of color and low-income students, who continue to confront the highest barriers to higher education.”

“It’s wonderful to see additional and expanded designated early college programs everywhere from the Berkshires to the coast,” said Elementary and Secondary Education Commissioner Jeffrey C. Riley. “These programs are a great opportunity for students to see that they’re capable of college-level work and take their first steps on that path.”

The newly designated programs are:

In addition, five high schools and their college partners were awarded a total of $750,000 to create early college programs that are large-scale, with at least 400 students or the whole school participating. This new “immersive early college” model will provide students with an opportunity to earn a minimum of 30 college credits prior to graduating high school.

Each of the following schools received $150,000 in grant funding:

Additionally, nine schools were awarded expansion grants, totaling more than $650,000, to support their existing early college programs and boost the number of students enrolled, particularly those underrepresented in higher education.

For Amesbury’s Wells Avenue, not all happy with bus route | News