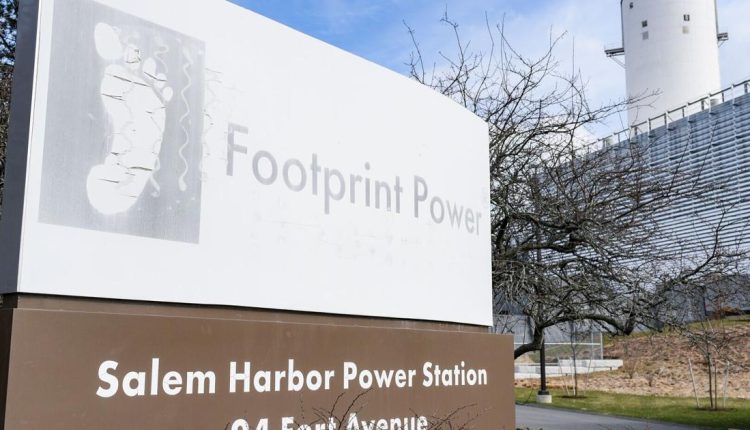 Mayor: Footprint bankruptcy no cause for alarm | News

SALEM — Last week’s bankruptcy filing by the owner of the now-former Footprint Salem Harbor power plant shouldn’t lead to any immediate changes in operation or any financial hit to the city, the mayor said on Monday.

It also will not affect a planned wind energy project and other work proposed for land adjacent to the plant, officials said. That land is separately owned.

“It’s not good news, but we’re trying not to be alarmist,” said Mayor Kim Driscoll of the developments last week.

The plant is the city’s largest “taxpayer,” though it is in fact under a 20-year agreement to make quarterly payments in lieu of taxes (PILOTs) to the city that in 2021 were $5.1 million, with another $335,000 in community benefit assessments.

Late Wednesday night, Footprint Power Salem Harbor Development LP and several affiliated entities filed for Chapter 11 bankruptcy protection in Delaware. On Friday, a judge approved a preliminary plan to either find a buyer for the 674-megawatt plant or allow it to be taken over by creditors.

Chapter 11 bankruptcy allows for a company to continue operations and develop a repayment or restructuring plan.

The move came after several months of attempted negotiation between Footprint Salem and Iberdrola, the Spanish company hired to build the plant in 2014 for $702 million.

Iberdrola’s contract was terminated in 2018, at a point when it was 11 months behind on construction due to multiple problems, which included the replacement of the lead engineering firm mid-project. The firm also faced accusations that it severely underbid the project. Iberdrola pushed back, filing a demand for arbitration and payment of the balance of what it said it was owed on the project.

In October, an arbitration panel awarded Iberdrola $237 million in damages and costs.

A spokesman for Iberdrola on Monday said in an email that the company believes it was entitled to the award.

“The tribunal closely considered all of the evidence and arguments from both parties, and ruled that the contract termination when the plant was practically completed was wrongful,” the email said.

While it was about half of what Iberdrola originally claimed it was owed, the award, later upheld by a New York state court, set into action a series of events that threatened to throw Footprint Salem into default on another $337 million in debt related to the plant’s construction, creating a total liability of more than half a billion dollars.

Soon after the arbitration award in October, however, the company had already authorized a firm to begin soliciting potential buyers. As of last week, 27 had entered into preliminary agreements that would allow them to explore a possible purchase, the court filings say.

The plant generated $47.5 million in energy sales last year, and $147.7 million in capacity earnings. According to the bankruptcy filing, those capacity earnings — a type of incentive for companies to construct new plants — were due to end this May.

A spokeswoman for Oaktree, which provided most of the funding for construction of the plant, declined to comment Monday.

Driscoll emailed City Council members on Saturday, acknowledging that the development was concerning, though not unexpected given the arbitration award.

Driscoll said the plant’s value is in its continued operation.

The bankruptcy petition also acknowledges the need to maintain the operation and fulfil all financial obligations, lest it risk losing operating or other permits.

The mayor said the city will continue to monitor the situation and is likely to enter an appearance in the case “to make sure our interests are protected.”

“That’s important for us,” Driscoll said.

“I don’t want people to think the sky is falling,” the mayor said.

The day-to-day operation and maintenance of the plant will continue to be handled by a company called NAES, which is paid under an annual contract; several other companies are also under contract to run various aspects of the business, including Tateswood Energy, which provides management and financial services, and two General Electric subsidiaries, court filings say. Among the motions heard on Friday was a request to continue honoring those contracts while the bankruptcy is pending.

The court also agreed to a legal name change, after a trademark licensing agreement between Footprint Power and the owners of the plant ended; going forward, at least on paper, the plant will be called Salem Harbor Power Development.