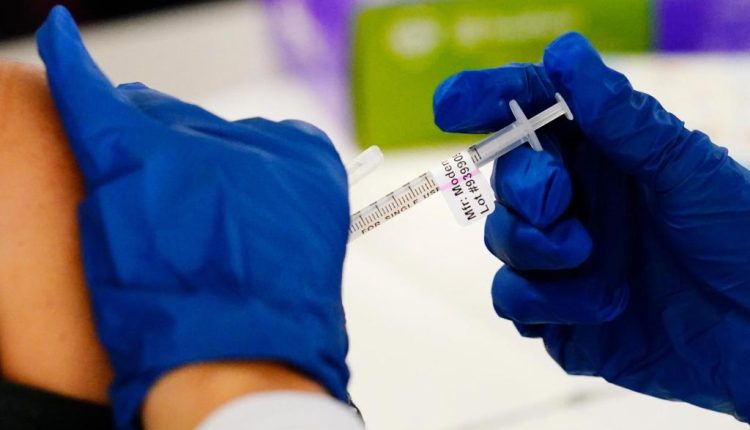 WASHINGTON — The new COVID-19 subvariant isn’t yet causing concern among public health officials, but experts warn that the U.S. is not prepared for future variants or surges.

The omicron subvariant BA.2 is at least 30 percent more transmissible than the original strain and is already the dominant variant in the U.S. The Biden administration and hospitals are gearing up for another potential case surge, though many experts anticipate it will be minor compared with the virus peaks the country saw with delta and omicron.

Hospital managers say their staffs know what to do if there’s another hospitalization surge after two years of battling COVID-19, but the question is whether providers have the resources to get it done.

“If a new variant were to hit two months from now in the middle of the summer, we would not be ready in any shape or form financially,” said Paul Lee, a senior partner and founder of Strategic Health Care, a consulting firm in Washington.

The administration is also preparing for additional booster shots after greenlighting a second mRNA booster dose for everyone over the age of 50 on Tuesday. But without more funding, the administration says it will be unable to secure additional vaccines for the younger population. Several nations, including Japan, Vietnam, the Philippines and Hong Kong, have already secured future booster doses.

‘Not done with this yet’

The omicron subvariant made up approximately 55 percent of all cases in the U.S. as of Saturday, a roughly 20 percent increase from the previous week, according to Centers for Disease Control and Prevention variant tracking. BA.2 already accounts for 96 percent of cases worldwide, according to the World Health Organization.

BA.2 has dominated parts of Europe and Asia that have lower vaccination rates than the U.S., but the subvariant may not lead to as many hospitalizations and deaths in the U.S. as it did abroad. The U.S. has considerably higher vaccination and prior infection rates than many other countries.

Georges Benjamin, executive director of the American Public Health Association, said another case surge will be more of a “nuisance” for most vaccinated or previously infected people, but others will still face serious illness and death.

“We’re all talking about preparedness for the future, but we’re not done with this yet,” he said. “We’re about to hit a whole bunch of program cliffs and funding cliffs.”

Carlos del Rio, a physician and professor of medicine in the division of infectious diseases at Emory University School of Medicine in Atlanta, said he was “scared as hell” about dwindling pandemic funds and the effect on virus testing and treatment.

Lawmakers are mired in a standoff over whether to reprogram unused funds toward Department of Health and Human Services pandemic activities in another COVID-19 funding package.

A $15.6 billion supplemental was stripped out of the fiscal 2022 omnibus law when House Democrats objected to pulling $7 billion in offsets from previously appropriated state aid. But that supplemental bill excluded $1.5 billion embedded in the administration’s $22.5 billion proposal to continue paying for testing, vaccinating and treating the uninsured.

Sen. Tim Kaine, D-Va., indicated that would be an issue in negotiations.

Senate Majority Leader Charles E. Schumer is working with Sen. Mitt Romney, R-Utah, on an agreement. But the two sides are split on whether offsets should come from existing COVID-19 funds or other sources.

“Even though cases and deaths and hospitalizations are thankfully down and falling across the board, it is still necessary and a matter of great urgency that we replenish funding for more vaccines, more therapeutics, more testing and for new vaccines to meet the challenge of any new variant,” Schumer said Tuesday.

“The sooner we have these in place when — God forbid — a new variant hits, the healthier we’ll stay, the more life will stay normal. To deny it now and then three months from now, or six months from now — or whenever — be unprepared and let [COVID-19] spread unchecked, until the COVID variant’s tentacles are too deep in our society, makes no sense whatsoever.”

“There is no reason to spend more money when $811 billion in funding is still unobligated. Additionally, more spending would worsen already-painful inflation, showing little regard for the struggles of the American public,” Morales wrote on the group’s website on March 22.

The administration says it has $60 billion in unallocated funding but that it’s reserved for emergencies on disaster relief, housing vouchers and veterans’ medical care.

The uninsured program is already winding down. The Health Resources and Services Administration stopped taking testing and treatment claims on March 22 and will stop accepting vaccine claims on April 5.

The majority of claims in the program are for testing, according to Jennifer Tolbert, associate director of the Kaiser Family Foundation Program on Medicaid and the Uninsured. Two COVID-19 aid laws provide other options to cover uninsured claims for testing, vaccination and treatment, such as through Medicaid, regardless of income.

But only 15 states have opted in, and few others are likely to join with the end of the public health emergency potentially on the horizon. Everyday coverage programs for low-income people are also patchwork and inadequate, Tolbert said.

“Those systems just aren’t in place right now,” she said.

Even a temporary lapse in funding could also create more cracks for vulnerable people to fall through if providers are unaware that resources are available again, and underserved communities are likely to be hit the hardest, Benjamin said.

“Once you know there’s no money to pay for a certain medication, people stop prescribing it,” he said.

The supplemental bill would give $4.45 billion for global COVID-19 relief efforts, primarily for vaccines but also for testing, therapeutics, technical assistance and training.

Stephen Kissler, a researcher in the Department of Immunology and Infectious Diseases at Harvard T.H. Chan School of Public Health, expects COVID-19 to settle into a seasonal pattern of spread as the virus becomes more endemic.

Transmission will most likely pick up in the winter months and decline over the summer, much like the seasonal flu. But a significant driving factor behind surges is human behavior, he added, and many people voluntarily adjust their behavior when case counts rise.

“In many ways, one of the best things that we can do to help manage continued outbreaks is just to continue informing people how much COVID is circulating in their community,” Kissler said. “Make it just as accessible as the weather report.”

How to Make the Grammy's Signature Martini-Inspired Cocktail

The 8 Best Sustainable Makeup Brands That Are Actually Worth Buying