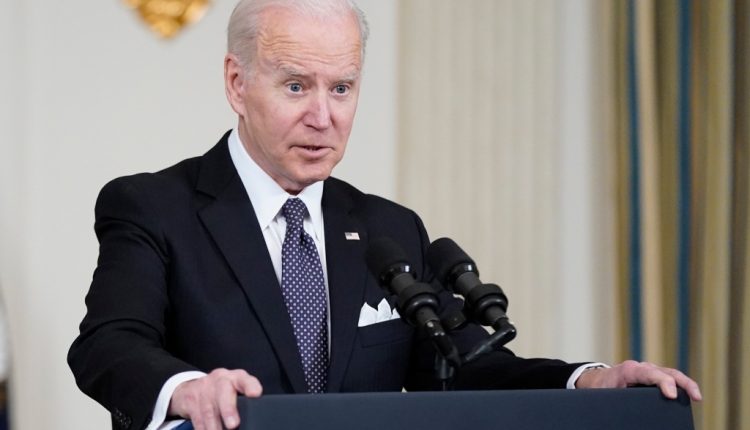 LOWELL – Americans are nearly evenly split on their opinion of the country’s potential involvement in the war in Ukraine, according to a recent national survey conducted at UMass Lowell.

Just under half of people surveyed, 46%, said they favored creating a no-fly zone in Ukrainian airspace, increasing U.S. involvement. Uniquely, the poll found that there was no significant difference in opinion between Republican and Democratic voters.

“On nearly every other issue we find a really sharp partisan divide but on this issue we don’t,” said John Cluverius, associate director of UMass Lowell’s Center for Public Policy, which conducted the poll. “Voters don’t know a lot about Ukraine and there also isn’t an obvious Democratic position and obvious Republican position on the issue. There’s still a lot of space for the Democratic president to choose to do this or not.”

Respondents were also close to an even split regarding President Joe Biden’s handling of the war in Ukraine, with 48% saying they approve and 52% saying they disapprove.

The poll, which also asked respondents about domestic issues such as political reform, favorability of certain politicians and the handling of the COVID-19 pandemic, was conducted as a follow-up to another completed in October 2020.

In addition to the handling of a potential no-fly zone, 74% of those surveyed said the country should either “definitely” or “probably” continue sanctions on Russian fuel, even if it meant the continued rise of prices at the gas pump. Once again, these answers showed no major difference between political parties.

Cluverius said he believed if Biden had already imposed a no-fly zone, there might have been more of a divide, with voters following the president that they supported.

“It also helps to chase away these ghosts of the idea that Republicans view Vladimir Putin particularly favorably or are particularly pro-Russia. There was a shift of more Republicans having favorable views of Putin and of Russia under Donald Trump,” he said. “But not all Republican voters feel that way or think that way, and aside from that, most Republican voters aren’t reading op-eds by pro-Putin conservative intellectuals.

“In general, throughout their history, American conservatives and the Republican party have been very skeptical of broad-base Russian power, even after the end of the Cold War,” Cluverius added.

On the domestic side, the poll found that Americans are generally in favor of certain political reforms. Sixty-four percent supported expanding vote-by-mail options, 59% supported electing the president through popular vote, 59% supported same-day voter registration, 59% believed the country would be better with more than two competitive political parties and 58% supported automatic voter registration. Ranked-choice voting was supported by slightly less than half of respondents at 44%.

Seventy-one percent of respondents said they were in favor of term limits for Supreme Court justices, although only 47% were in favor of expanding the court from nine to 13 justices. Cluverius said this was a change from the 2020 survey, in which a slight majority favored adding more justices.

Cluverius said one of the most intriguing implications based on the poll results was that Democrats may hold onto their Congressional majority during this fall’s midterm elections.

In addition, poll respondents were split 50-50 on whether they viewed the government’s handling of the COVID-19 pandemic favorably, although this was a slightly more positive view than reflected in the 2020 poll results.

“If you had asked me as a political scientist, are the Democrats going to hold onto their majority in the House, I would say almost certainly not. But if the results of this poll hold, the answer is a more uncertain maybe,” Cluverius said. “Americans are frustrated with the lack of momentum in the Biden policy agenda, but they’re also worried about a return to a Donald Trump-like Republican party and there isn’t a clearly identified Republican party leader that American voters generally feel good about.”