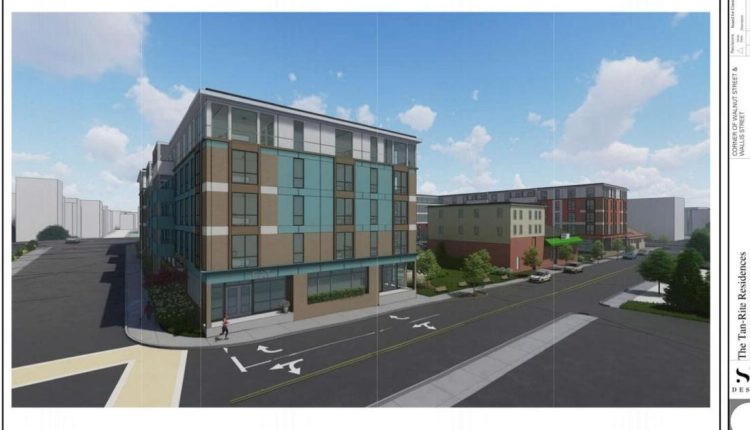 End might be near for city’s last leather factory | News

PEABODY — The Tanner City’s last leather factory could soon be coming down. The family that owns the Travel Leather Co. at 39 Wallis St. is planning to demolish the factory to build a new apartment building.

Jason Panos, a lawyer representing the family, said they decided to go ahead with the project because the leather tanning business is no longer viable.

“They’re literally hanging on by a string,” Panos said. “They really need to be more forward-thinking with their property.”

Peabody was once known as the “Leather Capital of the World” due to its many leather factories. Environmental regulations adopted in the 1960s and 70s eventually forced many of the factories to close or move overseas. According to the Peabody Leatherworkers Museum, Travel Leather Co. is the last remaining leather tannery in Peabody.

The Travel Leather Co. has been owned and operated by the Ambeliotis and Orgettas family since the 1950s and is into its third generation of family ownership, according to Panos.

“There’s a proud history behind that property,” he said. “They wanted to pass that business onto their kids and their grandkids. They did everything to be stewards of that property and make sure it was going to be viable for future generations.”

The family has proposed an apartment building with 160 units. Ward 3 City Councilor Stephanie Peach said residents who attended a neighborhood presentation on the proposal last week thought 160 units was too much.

“We all want to see Wallis Street improved and brought back to life, but an additional 160 units for this neighborhood to absorb is a lot to ask of us,” Peach said.

Panos said the owners are listening to residents’ concerns.

“Is the result going to be 160 units? Probably not,” he said. “But everybody recognizes in forward-thinking fashion that something needs to happen down there.”

The new apartment building, to be called The Tan-Rite Residences, would be located at the corner of Wallis, Walnut and Upton streets. The proposal calls for a five-story building, with a passageway connecting two sections of the building. Panos described the design as a “modern mill building with lots of glass and big windows.” He said there would be a community space on one of the upper floors with views toward the downtown.

“We really want to do something that’s transformational in that neighborhood and sets a new standard for development in the Walnut Street corridor,” Panos said.

The project has been proposed under the state’s Chapter 40B law that gives developers more leeway to build affordable housing. Panos said the project has been deemed eligible by MassHousing for financing under Chapter 40B. But he acknowledged the city could reject the 40B status because the city’s housing stock is above the 10% threshold in terms of its affordable housing. In that case, the project would go through the regular permitting process.

Peach said the fact that Peabody is now over the 10% mark will give the city more say in developments that otherwise might have gone through the 40B process.

“It doesn’t say we’re going to stop developing, but we can develop on a more reasonable size and scale,” Peach said.

Panos said the owners plan to file an application with the city’s Zoning Board of Appeals in the next few weeks.