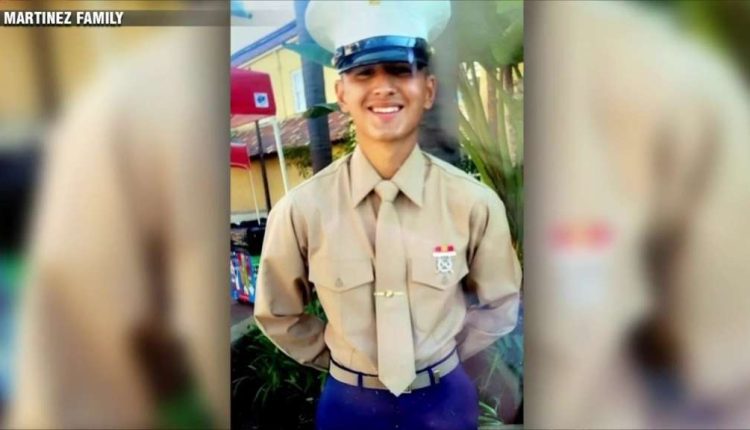 BOSTON (WHDH) – The heartbroken family of a United States Marine Corps veteran who was fatally stabbed outside of a bar near Boston’s Faneuil Hall earlier this month is now demanding more information about the events leading up to his death.

Daniel Martinez, 23, was stabbed to death by a bouncer at the Sons of Boston on St. Patrick’s Day weekend night following a bar fight, authorities said. Medical examiners later determined that his cause of death was a stab wound to the chest.

Family members say Martinez was in the city visiting a fellow Marine for Saint Patrick’s Day celebrations when his life was unexpectedly cut short.

Martinez and his friend were at the bar when police say a verbal fight with the bouncer, 38-year-old Alvaro Larrama, turned physical and spilled into the street.

Larrama has since been arraigned on a charge of murder in Martinez’s death. He was ordered held without bail.

Martinez was a native of the Chicago area and had recently been discharged from the Marines after a four-year stint in the Middle East.

Martinez’s family is expected to hold a press conference in Chicago on Thursday.