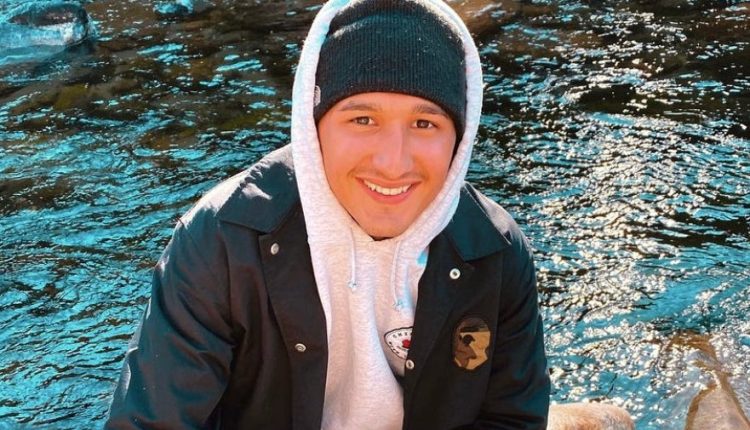 At 23 years old, Marine veteran Daniel Martinez had his eyes set on buying a house that he and his brothers could move into.

The Illinois native also was hoping to enroll in film school, possibly at Columbia University.

But all of that was cut tragically short when Daniel, who was visiting Boston during the St. Patrick’s Day festivities, was fatally stabbed, allegedly by a bouncer outside of the Sons of Boston bar on March 19.

Martinez’s parents, their attorney, and his siblings gathered for a press conference Thursday morning, large photos of Daniel displayed on easels next to them. Once his estate is settled, the family intends to file a lawsuit against the Sons of Boston, which they say will help them get answers as to what happened to Daniel that fateful evening.

Around 6:53 p.m. on that Saturday, police were called to a reported stabbing at 33 Union St. They found Martinez reportedly bleeding from a stab wound. About a half hour later, he was pronounced dead at Massachusetts General Hospital.

Alvaro Larrama, 38, of East Boston, has been charged with the veteran’s death.

In court, a prosecutor said surveillance footage shows Martinez and Larrama interacting as Martinez and a friend waited in line outside the bar. The pair was denied entrance, and they walked away. Larrama allegedly pursued them, and an altercation ensued.

According to Assistant District Attorney Caitlin Grasso, the video shows Martinez raising his left hand as if to defend himself, then striking Larrama’s head with an aluminum beer bottle; Larrama is then seen striking Martinez in the chest.

“We don’t know anything more as to what caused the doorman to do this and that’s part of why we wanted to file this civil lawsuit now, so we can make sure that we have all the information,” the family’s attorney, Thomas Flaws, said during the press conference.

When asked if there was a past relationship between the victim and the accused, he said he wasn’t aware of one.

The Sons of Boston has lost its entertainment license since the incident, according to Flaws. He isn’t aware of it losing its liquor license.

There are many questions the family hopes to have answered through the lawsuit, including why Larrama was armed and why the bar allegedly didn’t help Martinez after he was injured, according to Flaws.

It’s also alleged that Larrama went back into the bar and cleaned blood off of himself, and then let himself out through the back door, Flaws said.

“These shocking allegations warrant, actually demand, further investigation,” he said, adding that the lawsuit will allow the family to find out what the bar could’ve done to ensure this didn’t happen.

“The lawsuit will give us subpoena power and require Sons of Boston to be transparent and turn over everything they have regarding this horrific incident,” Flaws said. “We will get to the bottom of this and we will do everything we can to ensure this type of thing never happens again by understanding how Daniel Martinez’s life could’ve been lost on a beautiful Saturday evening before the sun had even set.”

A desire to serve

When asked why Martinez wanted to be a Marine, his brother, Matthew, said Daniel would visit the recruiting station every Wednesday while a senior in high school, and began training for boot camp.

“That’s something he was always interested in,” Matthew Martinez said. “By the time he left for boot camp, we were sad but we knew that’s what he wanted and that’s what he would get done … He loved his country.”

Martinez was recently discharged after serving for four years. He was reviewing listings to buy a home. Matthew Martinez said his brother was even talking about listings while he was driving him to the airport to come to Boston. It’s one of the last conversations they had.

The family intends to start a foundation in Daniel’s name, according to his father Manuel Martinez.

The family said they want to continue work they’ve done in the past, like helping people struggling with homelessness and going to the homes of senior citizens.