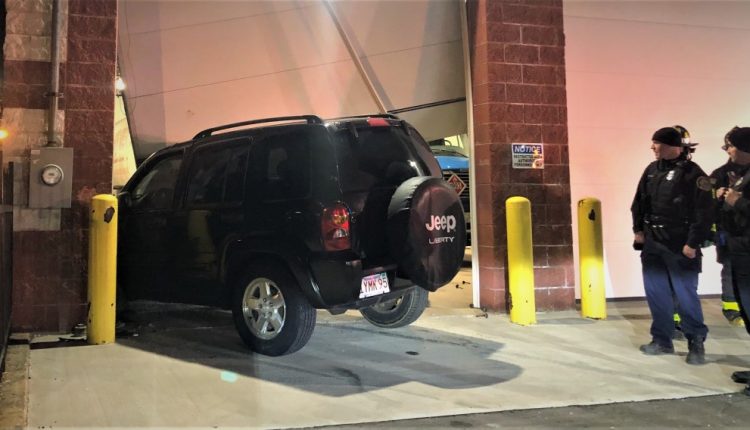 LOWELL — A Lowell man was charged with drunk driving for his alleged involvement in a single-vehicle wreck that caused damage to multiple properties in the city’s Back Central neighborhood on Wednesday night.

In addition to operating under the influence, Lowell Police said they charged Charles Niboh, 61, with driving with a suspended license.

Reports of a Jeep Liberty that crashed into the garage behind Haffner’s Service Station at 186 Appleton St. came in an emergency radio broadcast about 8:55 p.m. Wednesday.

It turns out that was where the crash came to an end.

It started when the SUV went off the road on South Street, over the sidewalk and through a metal fence at the South Common Village, located at 130 South St.

After taking out the fence, the vehicle continued across the yard of the South Common Village, leaving deep tire ruts in the ground and narrowly missing two trees before striking another section of fence that surrounded the property.

The SUV continued over the sidewalk, onto Summer Street and into a parking lot, where it struck two parked vehicles. The SUV then exited the parking lot by driving over yet another sidewalk and back onto South Street. From there, the vehicle ended up in the parking lot behind Haffner’s where it crashed through the garage door.

The vehicle came to a rest about 200 feet from where it initially went through the fence at the South Common Village.

No injuries were reported.

Niboh was taken into custody by police at the scene.

Elevate Any Look With These 8 Light-Catching Glitter Products