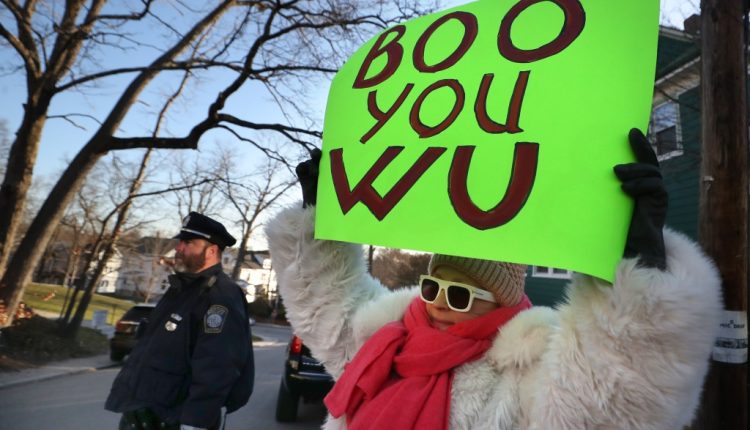 After closing off a press conference to some North End restaurant owners, Boston Mayor Michelle Wu is escalating her feud with critics on social media — accusing them of harassing and bullying tactics.

“Let’s be clear. We will not normalize harassment as acceptable behavior,” Wu wrote on Twitter this week. “When members of this (restaurant) group have taken part in the yelling outside my house, bullied City staff & fellow restaurant owners — there is no right to get inside & shout down a press conference, too.”

When a critic responded, “Let’s be clearer; you work for them,” Wu shot back:

“I don’t actually. I work for the residents of Boston.”

Wu’s tactic of engaging her critics on social media while trying to avoid them in person comes as she offered a compromise to solve the controversy over her new policy of charging North End restaurants a $7,500 fee to operate outdoors.

It was not a good look. Keeping her critics from participating in the presser — or even letting them in the room — made it seem as if Wu couldn’t take the heat. Not exactly the transparency she promised when elected. She also introduced an ordinance — passed by the City Council on Wednesday — to bar her protesters from demonstrating outside her house before 9 a.m.

They were moves designed to quell the outrage while isolating her critics.

But behind the scenes after the press conference, Wu — or someone representing her — went back on social media.

“The city hosted multiple public meetings on this open to everyone over the last few months,” she wrote Tuesday on Twitter. “That’s how to shape policy decisions, NOT by teaming up with antivax protesters finding every opportunity to harass people.”

And on Monday, Wu took to Twitter to confront her protesters again, saying “13 weeks now & some people still think yelling outside my house will get me to resign.” She added an upside-down emoji face to that one. Cute.

This is not the first time Wu has used confrontational tactics — some might call it arrogance — to address her critics. The 37-year-old mayor has frequently turned to social media to vent her real feelings.

Elected with a huge mandate from Boston voters, she seems to still have plenty of goodwill in the city.

But how long will it last?