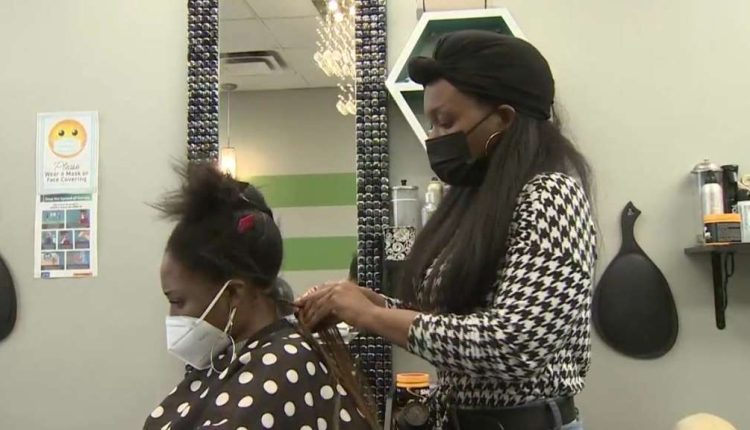 BOSTON (AP) — A bill aimed at banning discrimination based on natural and protective hairstyles in workplaces, school districts, and school-related organizations was unanimously approved Thursday by the Massachusetts Senate.

The vote comes two weeks after the Massachusetts House approved a similar bill.

Supporters say Black women in particular have faced pressure in school and the workplace to alter their hair to conform to policies biased against natural hairstyles.

The Senate added a provision to the House version of the bill that would include the Massachusetts Interscholastic Athletic Association to the list of school entities banned from adopting and implementing restrictions on natural hairstyles.

Advocates say the change will ensure those participating in sports and extracurricular activities will not be asked to change their natural or protective hairstyles in order to participate.

The bill has its roots in the case of a Massachusetts charter school that came under fire in 2017 for a policy of banning hair braid extensions. After intense criticism, the school abandoned the policy.

The U.S. House also approved a bill earlier this month that would bar discrimination against Black people who wear hairstyles like Afros, cornrows or tightly coiled twists in society, school and the workplace. The federal bill would explicitly say that such discrimination is a violation of federal civil rights law.

President Joe Biden has said he would sign the bill into law. It now heads to the U.S. Senate.

Lawmakers in the Massachusetts House and Senate now have to come up with a single version of the bill before taking a final vote and shipping it to Republican Gov. Charlie Baker for his signature.

If signed into law, Massachusetts would become the fifteenth state to adopt the measure, known as the CROWN Act.