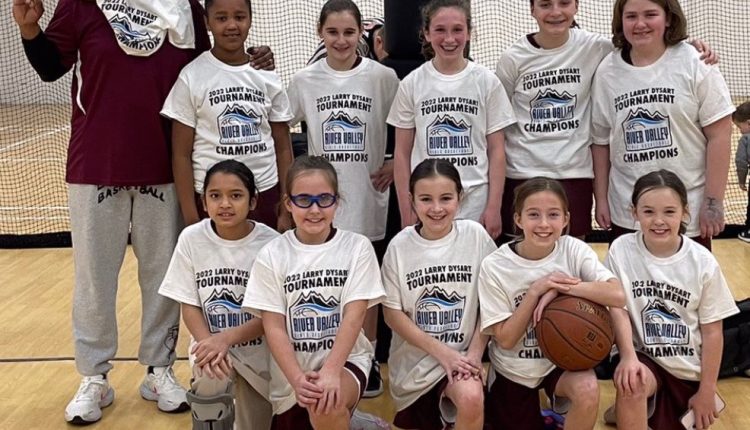 Welcome to title town. The Lowell Travel Girls Basketball program enjoyed a slam dunk successful season, culminating with all four teams in Grades 5-8 winning a league or tournament championship in each of their respective divisions.

The program, which is run by program director Kareem Davis and his wife, co-director Erina Davis, enjoyed arguably its strongest season to date, while ensuring that the Lowell youth basketball circuit is alive and well.

“I really don’t think there’s ever been a season where we won so many titles,” said Davis, who took over the program in 2016 from Frank Melendez. “I think they key to this year’s success was hoping each team has a consistent core of girls.”

Lowell’s Grade 5 girls embarked on a magical 17-0 run enroute to capturing the River Valley Travel League Division 3 championship. The team, which is comprised of both fifth and sixth graders, followed that landmark victory with an equally impressive 4-0 foray in the Larry Dysart Tournament. That tourney run culminated with a pivotal 41-29 victory over Dracut, to clinch the Division 2 title. The team maintained its perfect season with a 2-0 run at the Fundamental Hoops MLK Tournament, adding yet another fifth-grade championship to its resume.

Before the Covid-19 pandemic hit, Lowell’s Grade 6 squad was struggling with only one win the entire season. Two years later, the team has rebounded into true hoop showstoppers going 16-0 to capture the River Valley Travel League Division 4 championship. This dedicated group was so dominant they were bumped up to Division 2 ranks for the playoffs. Even with the promotion the team continued to push the limits with a 4-0 run in Dysart Tournament, beating Wilmington 21-20 to become the Division 2 champs.

Sporting a tireless work ethic, Lowell’s Grade 7 squad cruised to an impressive 12-4 finish. They elevated its play even further in the Dysart Tourney, stopping Stoneham 44-26, to clinch the Division 3 title.

Lowell’s Grade 8 team made it a clean sweep, as they enjoyed an electric 13-3 campaign to become the River Valley Travel Division 3 champions. The win capped Lowell Travel Basketball’s most successful season ever.

According to Davis, the program has built a strong bond over the years.

“The grade 6-8 teams have been playing together since they were in the fourth grade,” said Davis. “The fifth grade team had success because they are daughters of coaches or parents who played or they have siblings who play they game so they have been watching the game since they were in diapers. They showed their knowledge of the game. I don’t want to take anything away from the coaches who put the time and effort into teaching the girls the fundamentals of the game, running skill practices and extra practices when they felt it was needed. They were a big part of it.”

Condos in Boston neighborhoods Under $500,000