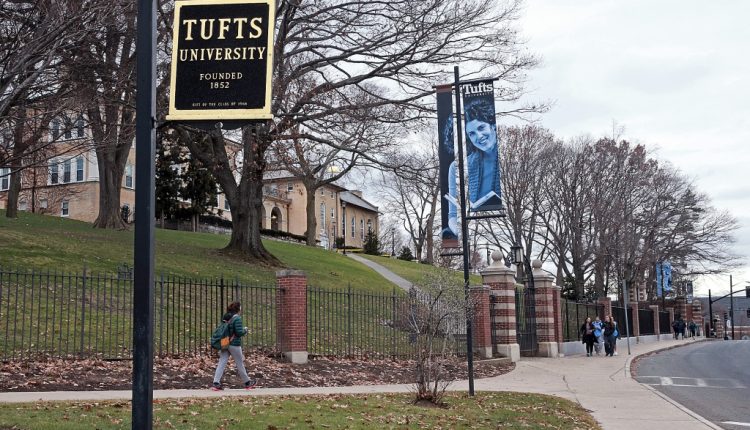 A man accused of making threatening calls to the Tufts University police last year, which feds say resulted in an “hours-long, room-by-room search” of the campus, has been arrested.

“If the lady comes back into the room, and tries to look under the bed, I have to tase her,” Sammy Sultan is alleged to have said in one of eight calls placed to Tufts police the morning of May 28, 2021, according to an affidavit filed with the court.

He allegedly claimed he was hiding under the bed in a woman’s Tufts dorm room with an “X26 Taser Gun” and several pistols, the document states, and that he was a former “special forces” operative with the military and had “escaped from a hospital.”

In the background, investigators heard the sound of a taser being activated and a handgun “being racked or cycled,” the affidavit states.

Sultan, 48, was arrested in his Hayward, Calif., home Wednesday morning and charged with one count of making threatening communications in interstate commerce, according to Massachusetts U.S. Attorney Rachael Rollins’ office. He’s set to appear in a California federal court before facing the charge in Massachusetts.

“The threatening communications that day caused a great deal of worry and disruption within our community and among our neighbors,” Yolanda Smith, executive director of public safety at Tufts, wrote in a statement, adding her thanks to TUPD. “We appreciate the efforts of all involved to bring this charge, which is the result of a significant collaboration across a number of police agencies and the U.S. Attorney’s Office”

Sultan allegedly told the police his name was “James” and initially asked to speak only to a female officer — an alleged play that recalls an earlier case he pleaded guilty to in 2017. In that one, the feds said he made “hundreds of obscene and harassing phone calls to law enforcement agencies” in the U.S., Canada and Great Britain from February 2015 through September 2017.

Sultan would request to speak to a female officer, the feds said then, and that he admitted to making false claims, including that he had a woman held hostage and played the sounds of screaming in the background, “to convince officers that he was a threat to others or himself … to engage the female officers in protracted conversations.”

Sultan was sentenced to two years in prison in that case and was released on June 7, 2019, according to Bureau of Prisons records.

In the Tufts case, Sultan allegedly refused to identify what dorm he claimed to be hiding in and threatened to “render the phone that he was calling from inoperable by throwing it ‘in the toilet.’”

When he did get to speak with a female officer, “he spoke about the smell of slippers and shining her shoes,” the affidavit alleges.

The FBI agent who wrote the affidavit wrote that he had listened to “more than twenty hours of calls placed by Sultan” in the earlier case and so can recognize Sultan’s voice, which he was able to do for the Tufts calls.