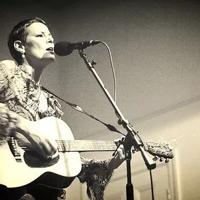 NEWBURYPORT — An upcoming evening of live music featuring popular local Americana act, Liz Frame and the Kickers, along with some other area favorites, will support humanitarian relief efforts for Ukrainian refugees.

The show will take place April 9 at the Belleville Congregational Church, 300 High St.

“Like most of the world, I’m appalled by what’s going on in Ukraine and watch the news in horror every day,” Liz Frame, frontwoman and organizer of this event, said in a statement.

“I hate feeling helpless to do anything, and I suspect a lot of others do, too,” she continued. “This is our way of showing solidarity for the people and the country of Ukraine.”

Though Ukraine is thousands of miles away, Frame, speaking by phone, said she felt called to take action.

“In reality, these people are suffering in a way that we could be suffering,” she said. “It’s not inconceivable that one day, we suffer like this, too.”

Frame has organized numerous musical benefits in the past for various causes she believes in, but this time feels different, Frame explained.

“There’s a sense of urgency with this one,” she said. “People are suffering, being displaced, going hungry, and literally fighting for their lives, their autonomy, their sovereignty. It’s incredibly moving and terribly sad.”

In addition to Frame’s original roots music, the show will feature performances by Way Up South, Marjorie Senet and the Broken Home Boys, and James Paone.

“Despite the circumstances, it’s going to be a fun evening of live music,” Frame said.

Proceeds from the event will benefit World Central Kitchen, a humanitarian relief organization that sets up kitchens and delivers food during times of crisis.

The local singer-songwriter said her goal is to raise $10,000 for the organization.

World Central Kitchen has been working to address the immediate food needs of millions of Ukrainian refugees in five countries. The organization has a new kitchen and food supply depot in Poland on the border of Ukraine and multiple warehouses active in Lviv, Ukraine with trucks filled with food serving other cities.

The organization also supports restaurants that continue to serve meals in other Ukrainian cities like Kharkiv and Kyiv that are under active attack.

“I can’t even imagine what the people of Ukraine are going through, as well as the countries that are opening their borders and their homes to thousands of refugees,” Frame said. “This is a crisis of epic proportions, and I know the wonderful people of Newburyport want to help.”

Tickets are $30 at the door. There will be no pre-sale. All tickets can be purchased on a first come, first serve basis the night of the show. Doors open at 6 p.m. with the show kicking off at 7 p.m. Light refreshments will be served.

The space at the Belleville Congregational Church can accommodate up to 500 people.

“Newburyport always steps up,” Frame said. “It’s my hope that they will do the same for this night of music.”