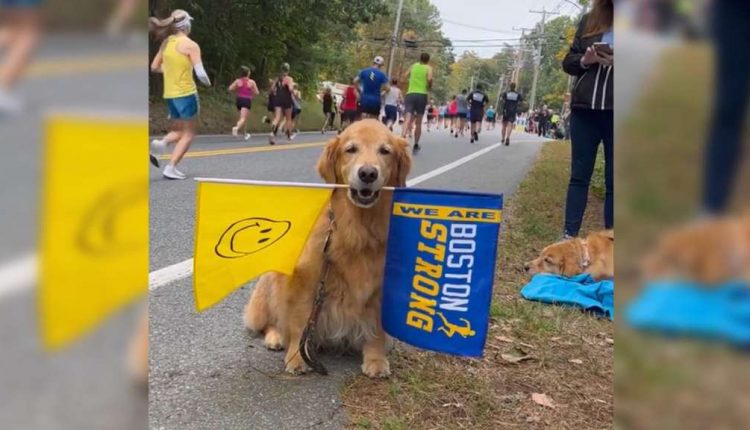 HOPKINTON, MASS. (WHDH) – Spencer the beloved Boston Marathon dog is preparing to return to his usual spot along the race route later this month to cheer on runners after recently finishing chemotherapy treatment, his owner announced Thursday.

“Hey Boston….Are you ready to see him again? Spencer had finished his chemo & is getting ready and giving it his all to be there again,” his owner, Rich Powers, said in a post on The Henry Studio Instagram page.

Spencer had a health scare late last year and underwent surgery to remove a tumor. It was the second time he had to have a tumor removed.

“Right now, he’s doing great. He didn’t lose any weight. He lost a little hair and we had to buy him a little jacket to wear,” Powers told 7NEWS. “Meeting people and sharing his love and energy is what he does best, and he loves doing that.”

Spencer is known for standing along the route with his “We are Boston Strong” flag in his mouth. He is quite the runner himself, Powers said the almost 13-year-old Spencer runs a mile and a half every day.

This year’s Boston Marathon is slated to take place on Monday, April 18.