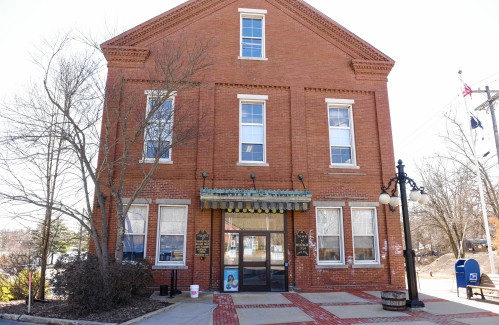 Discussion with the Selectboard this week, headed by Brick House collaborator and project leader Peter Wackernagel, followed a previous meeting in which Wackernagel garnered the board’s support for a pollinator garden at Unity Park. The habitats would contribute elements of beautification, as well as foster ecological health.

These additional pollinator habitats, discussed with the board on Monday, would be located on the grassy slope north of Town Hall and along L Street’s tree belt.

“I had some concerns with L Street being in the tree belt, but he reassured me that he’s putting in short stuff and that it’s able to take any of the snow load that’s plowed on there,” Bergeron said.

He also addressed the notion that the town would become responsible for taking care of the habitats.

“I just want you to know that at some point, if Peter is no longer with the Brick House, the town of Montague will probably be maintaining these,” Bergeron said.

“I just need everybody to understand that the town is not able to make any secondary investments,” Town Administrator Steve Ellis warned, adding that the town would “reserve the right to have the Brick House remove those gardens” if no one is able to take care of them.

Selectboard Chair Rich Kuklewicz responded with confidence that the Brick House is here to stay.

“I’m hoping that the Brick House is going to be with us for a good long time,” Kuklewicz said, “and that they’ll be able to provide the support and help for that.”