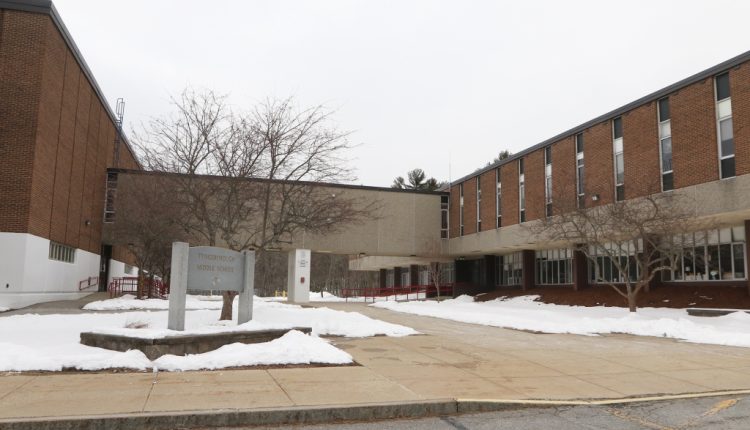 TYNGSBORO — A plan approved overwhelmingly at a recent joint meeting of the Board of Selectmen, School Committee and Finance Committee will reduce the cost to taxpayers of constructing a new $82.5 million middle school.

The Tri-Board members voted 13-1 to fund $1 million annually of the middle school debt within the existing operating budget.

The three boards will recommend a budget at the May 3 Town Meeting that sets aside portions of revenues from several large residential and commercial developments coming online in the next five to 10 years.

Town Administrator Matt Hanson explained this funding plan would reduce the impact on the average tax bill from $702 to $410 annually.

The plan “shows a commitment to reducing the impact on taxpayers,” said Selectmen Chairman Ron Keohane.

The first large project coming online is a new 100-unit development, which is fully permitted and ready to break ground, on Sherburne Road. When complete, the project, which will reportedly be called the Enclave at Tyngsboro, will be an age-restricted community built on land that was once several holes of the Tyngsboro Country Club.

The anticipated new revenue from this project is $989,000.

“In the future, Town Meeting can always decide to add more revenue from new growth to the school,” Keohane said.

Toll Brothers, described on its website as a leading luxury home builder, is the developer of the Enclave at Tyngsboro. The company also developed the Enclave at Boxboro and Emerald Pines in Methuen as well as several other similar communities in the state.

According to Massachusetts School Building Authority regulations, the town must issue a bond for the entire cost of the middle school project, or $82.5 million. The MSBA will reimburse the town $28 million, leaving the town responsible for $52 million for the project. The $1 million set aside from new revenues provides a third source of funding.

The proposed middle school requires two votes this spring, according to MSBA guidelines. For it to pass, Town Meeting must approve a debt exclusion by a two-thirds vote on May 3. A debt exclusion means temporary increase in property taxes, outside the limits of Proposition 2 ½, to raise the funds necessary to pay debt service costs for a specific capital project, such as a school.

If the school receives a two-thirds vote on May 3, a simple majority of town voters still must vote to raise and appropriate the funds at the May 17 town election, which will be the second of two required votes.

If one or the other votes fails, the MSBA will not provide funds for the project. After 11 years trying to get MSBA approval for a new middle school, the town would have to fall to the back of a long line of school districts seeking funding for schools.

Each year, the MSBA looks at applications for funds, but only picks those it determines are in the most need. Estimates are Tyngsboro would have to wait another eight years to get new approval from the MSBA.

The only vote against the plan at the Tri-Board meeting was cast by Finance Committee Chair Billy Crawford.

The current Tyngsboro Middle School was built in 1968.