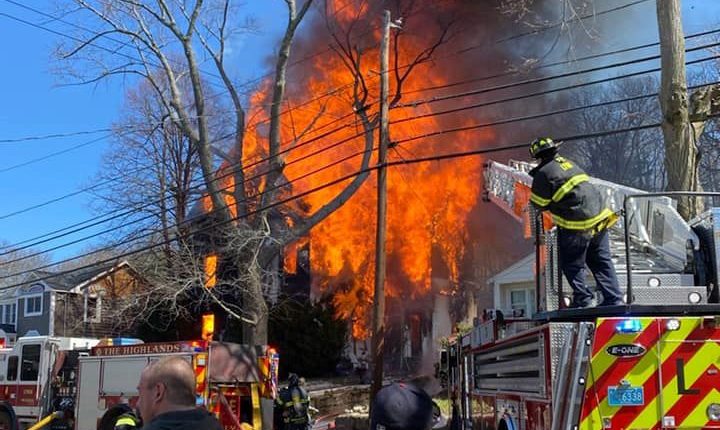 A massive four-alarm blaze that tore through a three-family home in Lynn Saturday afternoon continued to smolder overnight into Sunday morning, occasionally flaring up as firefighters struggled to put water on burning embers buried under a pile of rubble, fire officials said.

The fire, which broke out around 11:30 a.m. at 30 Broadway, displaced seven adults and four children and sent one firefighter to Salem Hospital as a precaution after he started showing exhaustion-like symptoms, the Globe reported.

The firefighter was later released from the hospital and is “doing better,” Lynn Fire Captain Joseph Zukas said Sunday morning.

Read the full story at BostonGlobe.com.