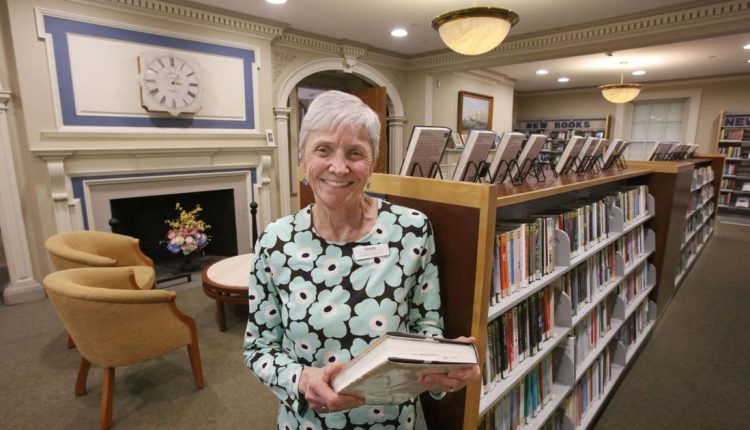 NEWBURYPORT — After serving as Newburyport Public Library’s head librarian since 2018, Giselle Stevens will be stepping down in July, she confirmed during a Friday phone interview.

“I think it’s just time, I’ve had such a wonderful career,” Stevens said.

Stevens, 65, said she informed the library’s board of directors in December that she would be retiring this summer. Almost immediately, the search process for her successor began.

The Newburyport Public Library had a circulation of 272,375 materials and over 10,000 active borrowers in fiscal 2021. It is home to 18 full-time staff members and two part-time employees. Its most recent operating budget was $1,444,978, according to the head librarian job listing found on the city’s website.

The job listing also stated the expected start date for the next head librarian would be in July.  Well before then, Stevens said, the city will have picked a new leader.

With input from community members and others, a search committee has been collecting applications since earlier this year. From that pile, semi-finalists will be selected and then whittled down to finalists who will be brought in for interviews, according to Stevens.

‘You do it early because it’s a long process to hire a new head librarian,” Stevens said, who added she believes a new leader will be chosen by the end of May.

Stevens became the library’s 11th leader succeeding Cynthia Dadd in August 2018. Before taking over for a retiring Dadd, Stevens served as assistant head librarian for 13 years.

“Giselle is amazing. I’ve known her for quite some time,” Mayor Sean Reardon said. “She will be leaving some pretty big shoes to fill. Giselle has left her mark and whoever the next head librarian is will be walking into a great department that is set up for success.”

Also praising Stevens’ service to the city was former Mayor Donna Holaday who called her “an exemplary leader” who developed important and meaningful progress toward moving the library forward.

“Despite the challenges during COVID, she supported staff and continually found new ways to reach patrons. Giselle’s energy, caring and infectious smile will be missed by many. It truly was a pleasure to have such a great professional running our very popular library. I wish her the very best,” Holaday said, in a statement.

News of Stevens’ imminent departure appears to be circulating slowly with two city councilors reached by a Daily News reporter expressing surprise upon hearing the news. Stevens said it made sense to keep her retirement quiet in order to make the transition to a new leader smoother.

Stevens said she was retiring in order to spend more time with her husband, who is also retiring, and to allow a fresh face to lead the library.

“I think the library is ready for new leadership and I’m ready to have some fun,” she said, adding that she “loved” her job.