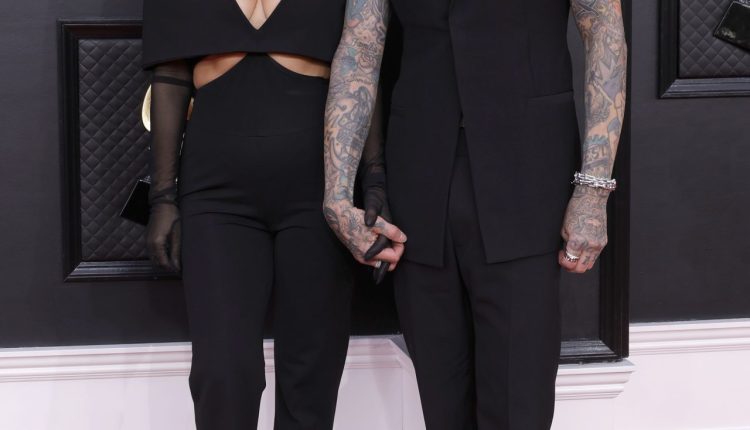 It looks like congratulations may be in order for Kourtney Kardashian and Travis Barker, who reportedly hit up a wedding chapel in Las Vegas over the weekend!

Kourtney and Travis have been inseparable since the two went public with their relationship in 2021, and the baewatch vibes only intensified when Travis popped the question in October. It looks like they couldn’t wait to get to the altar though, according to TMZ.

Just five months after Travis asked Kourtney to be his wife, the two went to a wedding chapel in Vegas just hours after Travis performed at the Grammys. While sources close to the situation initially told TMZ that the two got hitched, it’s unclear whether or not they actually got married.

The ceremony reportedly took place at One Love Wedding Chapel late Sunday night, where Kardashian and Barker were joined by their own photographers, security, and an Elvis impersonator.

TMZ updated their report with the following information: “A source at the chapel where they had the ceremony tells us they’ll only perform it with a marriage license, but a source close to Travis and Kourtney tells us they hadn’t gotten a license and only did it for fun.”

Could the star-studded couple have been playing a late April fools joke? Perhaps! But one thing’s for sure, these two are in LOVE, love. Over the last few months, Kourtney and Travis have been spotted packing on the PDA on red carpets, at public events and even at family gatherings.

This will be Kourtney’s first marriage, while Travis will be on his third, and they’re already considering adding to their family of five! Kourtney spoke about going through the process of having a baby with the drummer in the trailer for her family’s new reality show on Hulu.

Three Reasons to Switch to Bamboo Bedding in the Summer