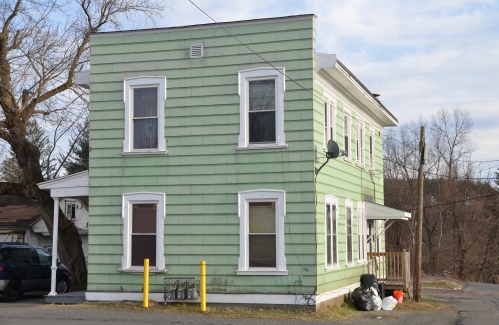 GREENFIELD — Public health officials have responded to rumors that a decision to condemn a property last month was done for the benefit of the new fire station, slated to be built on neighboring land on Coombs Avenue.

“The word on the street was that we did it because it was on the future Fire Department’s land, this house,” Health Director Jennifer Hoffman relayed to the Board of Health at its most recent meeting, referring to a post shared in at least two Facebook groups regarding the property. “That was quite insulting to us at the Health Department. … If something’s not being done right by a tenant, we act accordingly.”

The property on Coombs Avenue has been owned by Charlestown-based Venture Residential LLC since June 2021, according to the Franklin County Registry of Deeds. It abuts land recently purchased by the city, located at 33 to 39 Main St. and 10 to 12 Coombs Ave., where the new fire station is slated to be built. Venture Residential, LLC lists Elijah and Hosea Ketola as its managers, according to the state Secretary of State’s Office.

Comments on social media — which came in response to a photo of the property depicting piles of trash bags stacked out front — suggested the Health Department’s decision to condemn the building was a means to eventually acquiring it to allow for more space for the future fire station.

Hoffman explained that the Health Department has been involved with the property — a multifamily home — since late last year, following up on various complaints and health code violations, including trash bags piling up on the property, the owner’s failure on multiple occasions to fill the oil tank for heating, exposed wires, and other unresolved plumbing and structural issues.

In one instance, a tenant called the Health Department to report that fecal matter was seeping down the walls from the upstairs bathroom and into his bathroom.

“The landlord was at first responsive, but since then has not returned any of our calls, any of our letters,” Hoffman said. “There has been trash — which he’s responsible for — that has been there, and now there’s a rat issue on that property and bugs.”

According to an inspection report filed on March 31, tenants still had no heat, but trash had been picked up by a group of residents who also donated trash stickers. Hoffman said the home is typically occupied by three to four families, all of whom the city was able to temporarily put up in a hotel, thanks to the Salvation Army, following the condemnation order.

“The tenants, the lawyers … can’t reach this man,” Hoffman said of the landlord, adding that one of the tenants has filed a temporary restraining order in Western Housing Court, which would require the landlord to address the numerous violations. “If he doesn’t show up in court, legal aid is proceeding with criminal action.”

Board of Health member Samantha McIver asked Hoffman what the next steps would be following the landlord’s appearance in court on Thursday, to which she responded that it depends on whether the court requires him to address the issues, or if it goes to criminal court.

“It just depends on what way it goes in the court system,” Hoffman said.

She also told board members that in addition to proceeding with a restraining order, the city will also be pushing for the landlord to put tenants up in housing until the issues are fixed.

“When I hear from people that we’re siding with the Fire Department — the amount of work and energy that was put into this one property is unbelievable,” Hoffman said. “No one deserves to live the way those people are living, and it had nothing to do with just the trash. We don’t condemn people over just trash. We certainly don’t go in cahoots with any other department.”

In an update to the Board of Health on housing inspections in general, Hoffman said the department has been having conversations with the Franklin Regional Council of Governments (FRCOG) about the possibility of requiring pre-rental inspections.

“We’re not hearing there’s a lot of negative feedback,” Hoffman told the Board of Health. “I think when we tell landlords this is going to benefit you — not just the tenant — they realize this might be a good thing, not a bad thing.”

She explained that, currently, the city does Massachusetts Rental Voucher Program inspections for Section 8 housing to ensure apartments that were previously vacant are up to code.

Although landlords the Health Department had spoken with were initially taken aback, she said, they ultimately were in support of moving in that direction.

“It kind of gives (the landlord) security that we know how the property looks before you rent it,” Hoffman said. “We don’t always know who’s responsible for what. If you have it inspected before you rent it out, there’s already a baseline for how to move forward.”

Board of Health Chair Nancee Bershof asked about previous resistance to pre-rental inspections, in part because of the fees associated with them.

“In the past, I think City Council had that concern,” Hoffman recalled. “I think having that idea and then writing a policy behind it and presenting it might be better and more structured … knowing the history of the housing market in Greenfield and the concerns we have. We now have data that we can show that this might be beneficial to landlords.”

Murkowski, Romney say they back Jackson, all but assuring confirmation