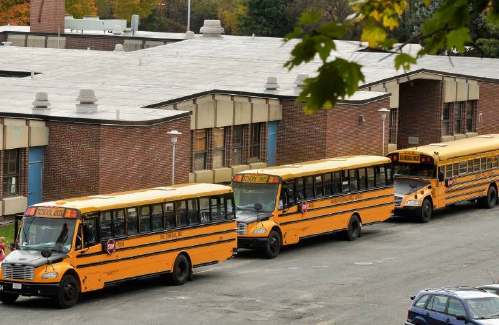 AMHERST — Amherst officials are eliminating one voting location, and will have more precincts voting at the Amherst Regional High School, under a plan adopted by the Town Council this week.

The Town Council Monday voted 13-0 to endorse a revised proposal from Town Clerk Susan Audette, necessitated by the redistricting that followed the 2020 federal census, that removes Wildwood School as a voting site on Election Day and puts four of the 10 precincts at the high school.

The next scheduled election, the state primary in September, will have voters go to seven sites, rather than the eight sites that previously existed.

At the same time, Audette said the goal of her plan is to maximize accessibility. To do this, Audette determined that four precincts, 2A, 3A, 4A and 4B, could vote at the high school, rather than having Precincts 2A and 4B go to Wildwood as under her earlier proposal.

“It was obvious the high school was a much more accessible location,” Audette said.

Audette that this plan also keeps many of the precincts associated with the University of Massachusetts together. Precincts 3A and 4B, for instance, encompass the Southwest Area of the UMass campus.

Some cost savings will also be achieved, too. “By eliminating the Wildwood School, we’re going to be saving a little bit of money,” Audette said.

Under the adopted plan, voters in Precinct 5A will use the Bangs Community Center, meaning that people living in surrounding apartments, such as Ann Whalen and Clark House, can walk to the polling location. That precinct site also remains familiar to those from the Amherst College campus who vote in town, state and federal elections.

Audette said the revisions came from a deeper dive she was able to take with assistance from members of the former Districting Advisory Board, including Tracy Zafian and Peggy Shannon.

District 1 Councilor Cathy Schoen said she appreciated the work. “I think this is extremely responsive and I like what you proposed,” Schoen said.

“I really commend Sue for incorporating the input that came in through Tracy Zafian, councilors and other community members,” Miller said.

With the changes in place, Audette said her office will begin informing and educating voters.

“It allows my office to move forward on the census process,” Audette said. That process will include notification of all households about the new precinct numbers and changes to voting locations.

In the future, with the possibility that the Fort River School site could be where a new elementary school is constructed, At Large Councilor Mandi Jo Hanneke said she hopes the town clerk’s office will plan ahead to find an alternate or temporary location for those voters.