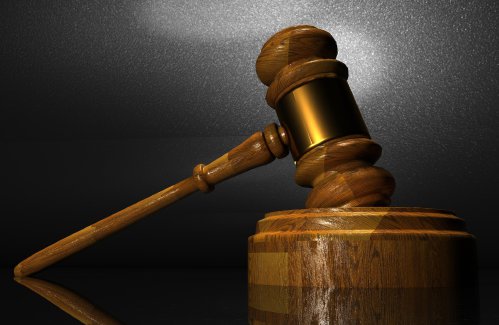 Man has 1983 Mass. arson conviction vacated over antisemitism at his trial

A New York man who spent nearly 40 years trying to clear his name after a jury tainted by antisemitism wrongfully convicted him of arson has finally been vindicated.

Lawyers for Barry Jacobson — who were helped in their efforts by the Anti-Defamation League and the Innocence Project — announced Tuesday that a court vacated his conviction earlier this year and the case was subsequently dismissed by prosecutors.

“This has weighed deeply on his mind and conscience for decades,” said Bob Cordy, an attorney for the now 78-year-old Jacobson.

Jacobson was found guilty in 1983 of setting a fire at his home in Richmond, a small town in the Berkshires of western Massachusetts. He was sentenced to six months in prison and fined $10,000, although he ended up spending only about a month behind bars.

The conviction nearly ruined his life. Jacobson, who was in the commercial real estate business, lost his real estate licenses in Massachusetts and New York, Cordy said. It interfered with his personal relationships and his mental health.

“For nearly 40 years I have been haunted by this wrongful conviction,” Jacobson said in a statement. “Time and again it has affected my career, my business, my family and my community. It has been beyond painful. It is an experience I would not wish on anyone.”

The prosecution and jury deliberations were both stained by antisemitism, said Cordy, a former associate justice on the Supreme Judicial Court, the highest court in Massachusetts.

The prosecution, relying on a racist stereotype, implied that Jacobson set the fire for the insurance money, Cordy said.

Even more shocking were comments made by the jury foreperson.

According to the sworn statement of another juror, the foreperson referred to Jacobson as “one of those New York Jews who think they can come up here and get away with anything.”

An alternate juror in a sworn statement reported hearing something similar.

There were also serious questions about the way state police handled evidence in the case. An expert in the field of arson investigation said the chain of custody procedures used by investigators made the evidence unreliable.

Jacobson’s attorneys knew of the antisemitism on the jury just months after the verdict, and brought it up in their appeals, but to no avail.

Jacobson, however, never gave up. In the 1990s he sought pardons from the governor, but a pardon would have required an acknowledgment of guilt, something he refused to do, Cordy said.

What made a difference this time was the support of the Anti-Defamation League and the Innocence Project.

In a letter to the court in support of Jacobson, the ADL wrote that one of the most persistent stereotypes about Jews is that they “are greedy and avaricious,” and the prosecution’s suggestion that these traits where inherent in Jacobson was improper.

The New York-based Innocence Project routinely takes on the cases of people who have spent years or decades in prison after wrongful convictions for violent crimes like murder and rape.

Even though Jacobson’s case was not as serious, and he had not spent much time in prison, it went to the heart of what the Innocence Project is all about — discrimination in jury deliberations and unreliable science — co-founder Barry Scheck said.

“The combination of antisemitism and unreliable arson science made this a heartland case for us,” he said. “Taken together, it was clear that Mr. Jacobson was wrongfully convicted.”

What has also changed since the 1980s are the standards of determining whether a jury was biased, Cordy said. “Courts are now much more conscious and concerned about juror bias,” he said.

The court, in its response to Jacobson’s request for relief, noted that “The trial and Appeals Court previously followed legal precedent in place at the time. … Since those determinations, the courts have evolved in their approach to ensuring that defendants’ constitutional right to a fair trial is protected.”

Even after the court vacated the conviction, the Berkshire district attorney could have retried the case. Current District Attorney Andrea Harrington said she saw no compelling reason to do so.

The evidence of jury antisemitism undermined Jacobson’s constitutional right to an impartial trial, she said.

“I just found the case to be deeply troubling,” she said. “This came about at a time when we’re thinking about our obligations as prosecutors to assure fair juries.”

Clearing Jacobson now is more important than ever with antisemitism on the rise, said Robert Trestan, the ADL’s New England regional director.

“We need to be aware in 2022 that there remains a real danger of bias impacting our justice system,” he said. “There has to be heightened awareness that this might happen again.”