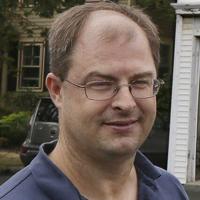 ROCKPORT — Former Assistant Fire Chief Stephen Abell is alleging that a public campaign by members of the Rockport Fire Department to remove him from his leadership position was in fact retaliation for his investigation of sexual harassment within the department.

Abell filed a complaint March 24 with the Massachusetts Commission Against Discrimination. He claims his demotion last August was “retaliation in violation of state and federal laws.” He has retained Whitney Law Group of Marblehead as legal counsel.

It is unclear what the repercussions of the investigation were, but Abell’s complaint says the superior officer was fired sometime after it concluded. Town officials and the Fire Department have not responded to requests to clarify the status of that individual’s employment and why that person may have been terminated.

Taylor Dauksewicz, of Shimer and Dauksewicz in Haverhill, who is providing legal representation for the superior officer, contacted the Times, unsolicited, late last week to comment on Abell’s complaint.

“The statements in the complaint as filed are categorically false, completely untrue, and at this point I’d go so far as to deem them libelous,” said Dauksewicz.

Six days after Abell’s investigation concluded, on Nov. 9, 2020, members of Rockport’s call fire department sent a letter to selectmen demanding Abell be removed from his position with then Emergency Service Director Mark Schmink, lest the entire department quit.

In March 2021, Abell sent a formal complaint to Keating and fellow Assistant Fire Chief Mark Wonson regarding an alleged illegal live-fire training at 6 Penryn Way. According to the charge, the training was held without Abell’s knowledge and the department failed to obtain a training permit from the state Department of Environmental Protection. During a follow-up investigation, Abell claimed a DEP representative told him the last time the department had applied for a live-fire training permit was in 1992.

A DEP representative told the Times there was no history of the Rockport Fire Department applying for a live-fire permit in the agency’s electronic database. However, the representative said there could potentially be a hard-copy paper trail somewhere in the office. DEP employees are currently working from home during the COVID-19 pandemic.

A week after Abell’s complaint was made about the training, members of the Rockport Fire Department published a public letter announcing a vote of no confidence in Abell.

“Upon information and belief, Abell’s complaint about the fire training sent a clear message to the RFD employees that Abell would continue to report and investigate their wrongdoings as he had with the investigation into the sexual harassment allegations …” the charge states.

Following that second letter, Abell said he sought town Human Resource Director Michelle Lee Carroll’s help to mediate the situation between him and the rest of the department. During this time Abell, his wife and father all began receiving hand-written hate mail delivered to their doorsteps.

In June 2021, Abell met with selectmen in an executive session along with Town Administrator Mitch Vieira, Keating and Wonson. The selectmen voted unanimously on an action plan to help ease tensions at the department so Abell could continue serving as assistant fire chief, the complaint states.

However, during a public session on Aug. 10, 2021, four selectmen voted to demote Abell. Selectwoman Sarah Wilkinson was the only one who voted to keep Abell on the Rockport Board of Fire Engineers, which is reserved for only chiefs and assistant chiefs who oversee department operations. Abell says he hasn’t returned to service as a firefighter since then.

On Aug. 10, selectmen Don Campbell, Paul Murphy, Ross Brackett and Herman Lilja said their decisions were based on conversations with Keating, Wonson and the town’s firefighters. Lilja later told the Times that Abell’s oversight was “more critical than constructive” and “his willingness to change seemed to fall on deaf ears.”

“Rockport allowed the group of firefighters to engage in a continuing pattern of harassment …” Abell’s complaint states. “This … has caused Abell to suffer extreme emotional distress and humiliation.”

In addition to monetary damages, Abell is seeking for MCAD to order a full audit of the Fire Department’s rules and practices. Such an audit had been planned by selectmen but has been put on the backburner due to legal troubles the town faces concerning the continuing controversy over the department’s leadership.

Abell is also seeking for the town to implement an “anonymous complaint mechanism” for public employees.

Vieira, on Monday, said the town had not been formally served with Abell’s discrimination complaint.

“The town cannot comment at this time,” Vieira said, “since these allegations involve multiple pending legal matters and current and former employees.”

Michael Cronin may be contacted at 978-675-2708, or mcronin@gloucestertimes.com.

A Look Back: April 7

The Top Luxury Real Estate Industry Leaders Across the Country