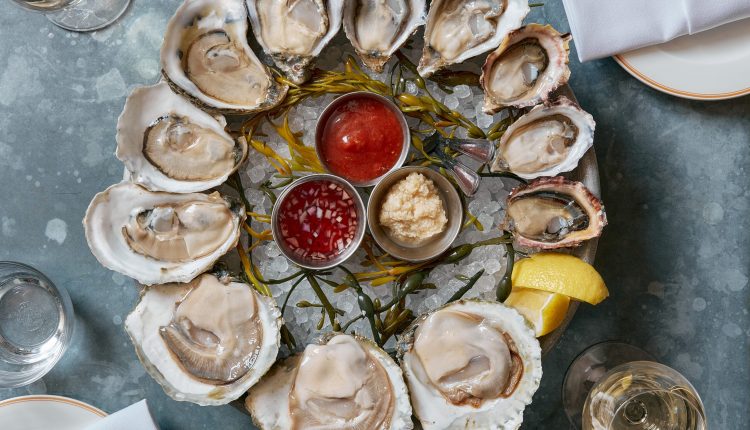 Some oysters shipped to Mass. from Canada may be infected with norovirus

The FDA is warning restaurants and retailers not to sell certain Canadian oysters that have been linked with a norovirus outbreak.

The FDA said Wednesday that it is working with other public health organizations to investigate a multi-state outbreak of norovirus illnesses linked to raw oysters. It said it conducted a trace forward investigation to determine where the raw oysters were distributed.

The FDA said it confirmed that potentially contaminated raw oysters harvested in the south and central parts of Baynes Sound, British Columbia, were distributed to restaurants and retailers in Massachusetts and several other states.

Retailers should not serve raw oysters harvested from the following harvest locations within British Columbia: BC 14-8 and BC 14-15, with harvest starting as early as January 31, 2022. This information is printed on product tags.

The FDA said retailers should dispose of any products they have by throwing them away or returning them to their distributor for destruction.

They should also be conscious of cross-contamination that may have happened as a result of working with the oysters, clean any reused containers or surfaces that they were on or in, and clean any utensils that touched the oysters.

Similarly, the FDA said, people should not eat any raw oysters from the locations listed above, and if they have any of the listed products, they should throw them in the garbage.

Importantly, the FDA said, food contaminated with norovirus may look, smell, and taste normal. Additionally, it should be noted that noroviruses are relatively resistant to heat, and can survive temperatures as high as 145°F. Quick steaming processes that are often used for cooking shellfish may not heat foods enough to kill noroviruses.

Oysters can cause illness if eaten raw, the FDA said, particularly in people with compromised immune systems. Children younger than five and the elderly are most at risk.

Still, the FDA said, people of all ages can get infected and sick with norovirus. The most common symptoms of norovirus are diarrhea, vomiting, nausea, and stomach pain. Other symptoms include fever, headache, and body ache.

A person usually develops symptoms 12 to 48 hours after being exposed to norovirus, the FDA said. Most people with norovirus illness get better within one to three days.

If you have norovirus illness, the FDA said, you can feel extremely ill, and vomit or have diarrhea many times a day. This can lead to dehydration, especially in young children, older adults, and people with other illnesses.

Symptoms of dehydration include a decrease in urination, dry mouth and throat, and feeling dizzy when standing up, the FDA said. Children who are dehydrated may cry with few or no tears and be unusually sleepy or fussy.

The FDA said that anyone who suspects someone in their household, including themselves, may have contracted a norovirus should contact their healthcare provider.