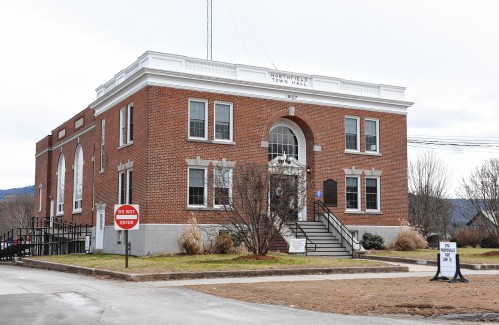 NORTHFIELD — The Attorney General’s Office determined the Northfield Planning Board violated the Open Meeting Law, but in a different way than member Joseph Graveline had originally alleged.

Graveline filed an Open Meeting Law complaint in January alleging the Planning Board’s Feb. 18, 2021 minutes were “incongruent” with the actual discussion held at the meeting. The AG’s office determined the minutes of the meeting were “sufficiently detailed” and resolved the matter through “informal action,” but did find a violation due to the lack of a roll call vote on the decision to adjourn.

The AG’s office noted the minutes listed board member Tammy Pelletier as present during the meeting, but the AG’s office said she was absent, according to the determination. Northfield Town Administrator Andrea Llamas, however, said Pelletier was at the meeting but had arrived late and the AG’s office “hadn’t noticed.” Llamas said the town has already sent in documentation to the AG’s office to clear things up.

Planning Board Chair Steve Seredynski said he was satisfied with the AG’s determination that the minutes were accurate and that the town had submitted its proof that Pelletier was present.

“I’m very happy with that because it obviously has bigger implications,” Seredynski said. If Pelletier had missed the public hearing, then she would not have been able to vote on the special permit for the solar arrays, which passed 4-1 — Graveline voted against it. Without Pelletier’s vote, the permit would not have had a super-majority vote, meaning it would have been denied.

Specifically, Seredynski said the town submitted “an affidavit and documentation” to the state and that the only portion of the meeting Pelletier had missed were the introductions, which he described as “superfluous” when compared to the actual presentation and discussion of the projects.

“It’s been documented that she was 15 minutes late and her participation started just when the engineer … was starting to give testimony,” Seredynski said. “She heard all the contents of the entire four hours. … She heard everything and she voted appropriately.”

The AG’s office did determine the board violated Open Meeting Law, but not in the way Graveline alleged in his complaint. When voting to adjourn the meeting, the four members of the board attending remotely did not conduct their votes by roll call, which is required under the pandemic-era provisions of the law.

“For the reasons stated above, we find that the board violated the Open Meeting Law by failing to accurately record the members present or absent in the minutes of its Feb. 18 meeting,” Assistant Attorney General KerryAnne Kilcoyne wrote in the determination. “We also order the board’s immediate and future compliance with the law’s requirements, and we caution that similar future violations could be considered evidence of intent to violate the law.”

Seredynski said the Planning Board fully intends to follow the law at all times and made a mistake not taking a roll call vote.

“We understand that,” he said, “and we’re going to comply with that.”

This is the second time the AG’s office has declared the Planning Board has violated the Open Meeting Law in recent months. The first determination came in October 2021, which found the Feb. 18 minutes did not sufficiently include the answers to questions asked by the board and members of the public. That complaint was filed by resident Lisa McLoughlin.

Speaking by phone Wednesday, Graveline said the AG’s office had a “pretty even hand in assessing what was going on” and that he was glad to see the state address the matter.

“They didn’t give me everything I asked for, and I’m OK with that,” Graveline said. “I thought it was the right ruling. It wasn’t 100% what I had envisioned I’d hear, but it was appropriate.”

Graveline added that complaints about meeting minutes might seem like a small issue, but they are the “permanent record” of what happened in town. Additionally, he said, “all politics are local,” and if towns can’t function properly, then the rest of government cannot either.

“If we can’t get it right in our local communities, how can we complain about what the hell is going on in our state?” Graveline continued. “Getting it right as citizens is really important.”

A Look Back: April 7