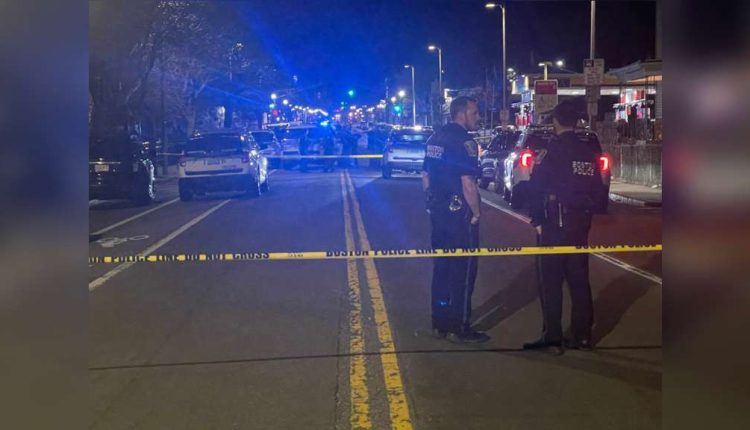 BOSTON (WHDH) – Boston police are investigating a shooting at a Roslindale gas station that left one man dead and another injured on Friday night.

Emergency crews were called to the Alfa gas station on Washington Street just before 10 p.m. for reports of the incident.

Upon arrival, officers found two people shot, according to police. One was pronounced dead at the scene and the other was sent to the hospital with non-life-threatening injuries.

“That’s got to be scary for anyone that’s in the process of merely getting gas and something like this happens,” said Suffolk County District Attorney Kevin Hayden. “I said it before and I’ll say it again, we’ve got too many guns on the street right now and we’re seeing it play out right now. This is a very tragic incident.”

The shooting is still being investigated, but police said they do not believe it was random. No arrests have been made yet.

Anyone with information is strongly urged to contact the Boston Police Homicide Unit at (617) 343-4470.

This is a developing story; stay with 7NEWS on-air and online for the latest updates.