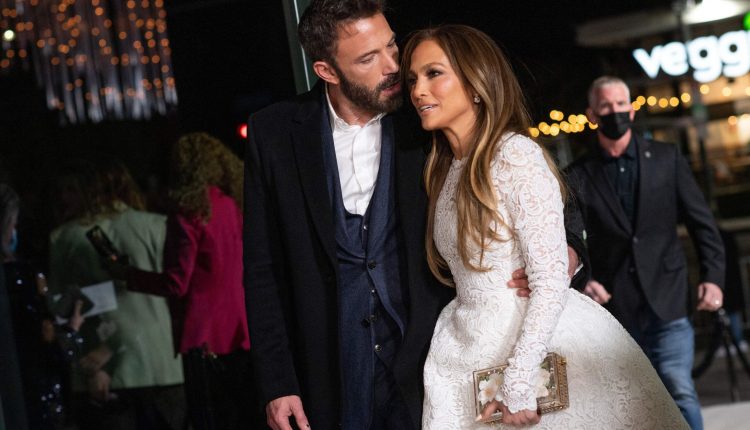 Perhaps the second time’s the charm? Nearly two decades after the celebrity couple called off their first engagement, Ben Affleck and Jennifer Lopez are once again engaged to be married.

Cambridge-raised Affleck and Lopez, a New Yorker, announced on Friday that they planned to wed. The news comes almost a year after the pair got back together.

Lopez shared the news on her On the JLo fan newsletter in a video Friday, showing off a green engagement ring. “You’re perfect,” she whispers in the clip, teary-eyed.

Earlier, Lopez had teased the big news on her public Instagram, directing fans to her inner-circle website for the full story. “So I have a really exciting and special story to share,” she said. “This one’s definitely on the JLo.”

Fans fawned over the nuptial announcement on social media. Of course, several Bostonians weighed in.

“Ben Affleck just got engaged to Jennifer Lopez so I wanted to bring back the most Boston photo ever taken,” tweeted BOSTONSPORTSB, along with a photo of Affleck wearing a “Believe in Boston” T-shirt and carefully balancing several Dunkin’ Donuts coffees — and munchkins.

Another Boston sports fan, @beatsbybecca, tweeted, “The Yankees may have beat the Red Sox on their opening day, but Ben Affleck got engaged to A-Rod’s ex on the same day so it’s basically all tied up. Edge Boston.”

“Congratulations to @BenAffleck  and @jlo on their engagement! Welcome to the Boston family @JLo  you’re one of us now! #JLo #BenAffleck #Boston,” said another Bostonian, Molly Reardon.

The couple first met on the set of the film “Gigli.” In 2002, Affleck first proposed to Lopez with a 6-carat pink diamond ring. But they called off their engagement in 2004. They rekindled their romance in May 2021.

This will be the fourth marriage for Lopez, who most recently was engaged to baseball star Alex Rodriguez in 2019. Before that, she was married to Ojani Noa from 1997 to 1998 and Cris Judd from 2001 to 2003 before marrying singer Marc Anthony in 2004, after her first engagement with Affleck ended. She and Anthony split in 2014; they share twins, Max and Emme.

No details were released regarding when or where the couple would tie the knot.