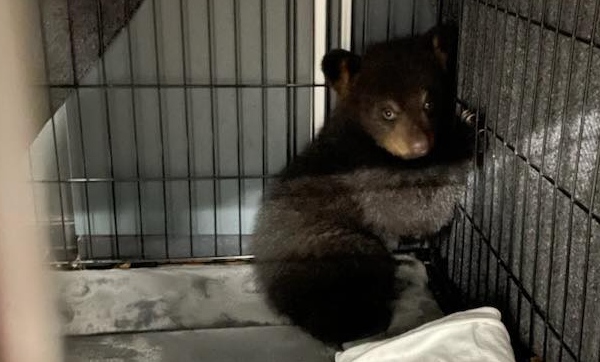 “Last night at approximately 8:43pm, Greenfield Police Officers responded to Rt 2 for a mother bear and 2 cubs that were killed after being struck by a car.

Upon arrival, officers heard squealing and found a very scared third cub that was able to seek refuge and safety by climbing a tree. Knowing the danger the now orphaned cub was in, Officer Lagoy and Purinton, were able to rescue the cub. They placed it in the back of a cruiser and brought it to the station.

AMR assisted us by providing a kennel to keep him safe. We will protect and care for the cub overnight until a wildlife specialist picks it up and brings it to Tufts in the morning for care.” -Greenfield, Mass Police Department. 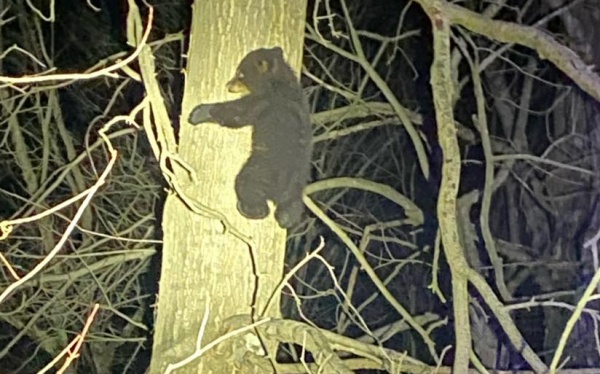 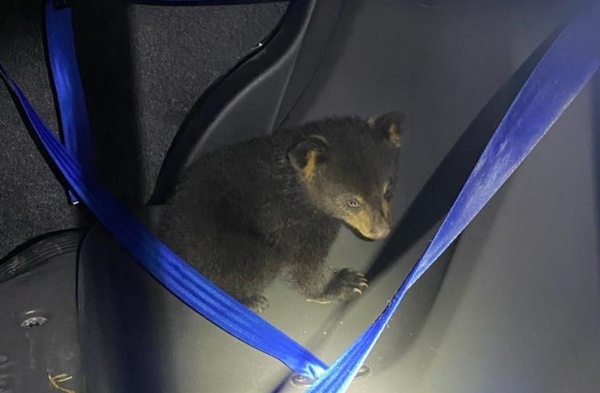 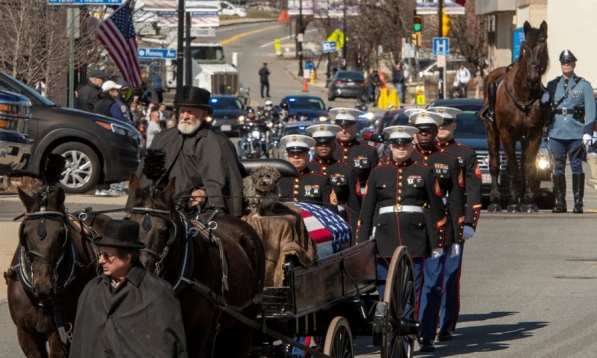