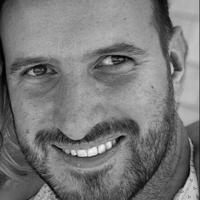 Myers, Beaulieu sworn in to Select Board | News

HAMILTON — A new pair of leaders has arrived, after two Select Board incumbents were ousted in Thursday’s town election and the victors were subsequently sworn into office for three-year terms early Friday afternoon.

Tom Myers, of North Street, and Caroline Beaulieu, of Pleasant Street, took the top two spots in this year’s four-way Select Board race Thursday, defeating Darcyll “Darcy” Dale and Rosie Kennedy, who were both seeking second terms on the board.

Myers and Beaulieu were sworn in at about 12:15 p.m. Friday, Beaulieu said. The moment also marked the close of a hostile political season in Hamilton and Wenham, where national fights on mask wearing and flags took over Select Board and School Committee meetings. Local human rights groups’ efforts were also targeted in both towns.

The situation included an aligned team of three first-time School Committee candidates, referred to as “ABC” and endorsed by Parler executive Mike Hebert, a Hamilton resident. All three lost in their race, however, and Beaulieu felt the situation may have boosted her and Myers to outperform two established officials in their own backyards.

“One of the things I noticed is, because there was so much blind segmentation in this election, a lot of folks didn’t take the time to listen to what Tom and I were saying and just assumed we didn’t align with them,” Beaulieu said, referring to the Select Board candidates. “The platforms for the four of us weren’t vastly different. It was more the approach and the way we were talking about things.”

Myers said the outcome is a sign that “people are ready for a change.”

“Ninety-five percent of our tax revenue is coming from the taxpayer, so we have to look at alternative ways to raise money, to make sure we’re funding our schools, funding our housing,” he said. “People saw that and wanted some fresh faces and new leadership. I think they’re ready for a change, and it’s exciting to get new people in government and get new ideas.”

Both new Select Board members said their first objectives in office are to listen and learn.

“There’s been some division, a huge divide with everyone,” Myers said. His first priority is “talking to people, hearing their ideas, letting them know I work for all the people and am not picking sides.”

Myers and Beaulieu both also said they want to tap into the ongoing master planning process to help chart Hamilton’s future.

“The master plan steering committee is at the nexus of everything we’re doing,” Beaulieu said. “I’d like to get involved at that level and not talk over the efforts that are already happening. I’m excited to get to know this, to bring people into the process, meet new people.”

That’s because talking to people is the most important part of the new gig, according to Beaulieu.

“There’s nothing I love more than someone sharing with me a perspective I didn’t know existed or was aware of, because that makes you a better human being,” she said. “So, I’m ready. Bring it.”