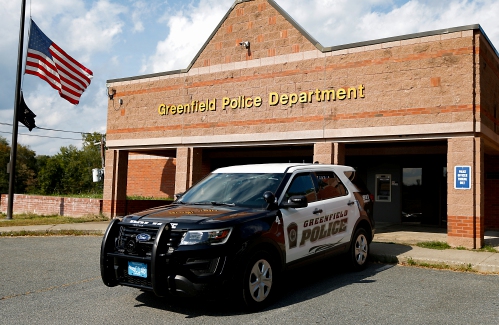 GREENFIELD — The Ways and Means Committee has forwarded unanimous positive recommendations to the full City Council for all but two capital budget requests.

Of the nearly 30 capital requests presented by department heads to the Ways and Means Committee over the last several weeks, the two to generate the most discussion pertained to appropriations requested for Police Station upgrades and an architectural study of City Hall.

City Council will hold a public hearing on all capital requests at its April 20 meeting at the John Zon Community Center on Pleasant Street.

Police Chief Robert Haigh Jr. explained that the request of $1.8 million for upgrades to the Police Station includes addressing water filtration issues to prevent additional water and mold damage to the building, locker room improvements to address a lack of space for female officers, upgrades to the dispatch center and a new sally port.

“I would vote $105,000 for water, $185,000 for dispatch, and I would vote in favor of the money for the locker rooms, but I believe that figure for the sally port … is far too high,” said Precinct 3 Councilor Virginia “Ginny” DeSorgher.

DeSorgher said while she thinks all the proposed improvements are needed, she questioned the $674 per square foot estimated for the proposed 1,455-square-foot structure. She pointed to the modular Department of Public Works structure, which cost about $250 per square foot.

“If taken as a whole, I’m not going to vote for it,” DeSorgher said. “That figure is far too high, but they’re all needed.”

“We hired a professional firm, who is nationally recognized for police and fire departments,” he said. “They don’t get a national recognition or an award for having a pretty building; they have awards for taking and doing studies, asking questions and putting the needs of the departments that are going into these buildings.”

“We went around this last year,” he said, referencing Haigh’s $1.35 million request during the fiscal year 2021 budget season. “We sent (Haigh) out and said come back with hard numbers, come back with figures, come back with a study and get a good designer in there to do it and we will back you. … I, for one, do not know if I can survive being part of a group that can’t keep their word.”

Still, DeSorgher argued that spending $674 per square foot was “more than any other building” being constructed in Greenfield.

Councilors were also divided on the requested appropriation of $25,000 for an architectural study of City Hall.

“Three years ago, we spent $40,000 to evaluate all of Greenfield’s municipal buildings and streets,” DeSorgher said. “All issues were listed in order of importance. … I agree — I’m on (the Commission on) Disability Access — that anything we can do to make City Hall more accessible is valuable, but spending $25,000 for another study doesn’t make sense to me.”

Forgey also said she isn’t particularly interested in a new study of the building.

“I believe a starting point for this should be to go back to the (Commission on Disability Access),” she said.

DeSorgher suggested the money could instead be spent on making necessary changes, including fixing the bathroom or replacing the railing for the ramp.

“$25,000 does not go long,” Jarvis said. “The study was three years ago. I would like to see another study done to make sure we don’t miss anything that needs to be done, further down the road.”

Helie added that the original study covered a wide range of properties in Greenfield, and “probably didn’t spend the amount of time required to fully identify all of the issues in City Hall.”

Ultimately, the Ways and Means Committee was split on recommendation, with Jarvis and Helie voting “yes” to send a positive recommendation to the full council, and DeSorgher and Forgey voting “no.” Terounzo abstained.

Other capital requests that received unanimous positive recommendations included $275,000 for the Main Street reconstruction project; $500,000 for sewer inflow and infiltration repairs and replacement as identified in the Wright-Pierce Sewer System Evaluation Survey; $100,000 for technology upgrades; and $75,000 for paving at Federal Street School.