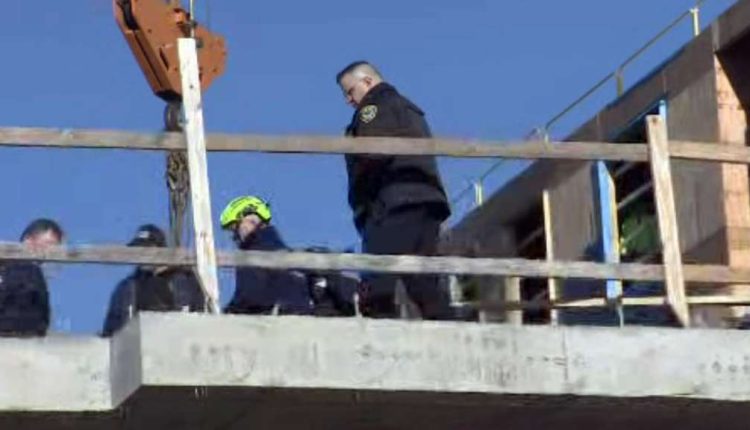 CAMBRIDGE, MASS. (WHDH) – A 21-year-old Randolph man was arrested after he allegedly stabbed two co-workers at a construction site in Cambridge on Monday morning, police said.

Officers responding to a report of an altercation among three employees at the Wheeler Street construction site around 7:15 a.m. found two workers suffering from apparent stab wounds, police said.

Both victims sustained serious but non-life-threatening injuries. Their names have not been released.

Police say one of the victims was on a ladder when Salvant stabbed him in the leg, while a co-worker who attempted to interfere was stabbed in his back.

“A third co-worker was able to successfully disarm a folding knife from the suspect and restrain him until officers arrived and placed him in handcuffs,” police said in a statement.

“He has told me that he’s studying Jujutsu, he’s a beginner,” Wells said during a news conference. “He put a nice hold on the assailant so that he couldn’t move.”

Wells noted that the incident stemmed from an alleged debt that was owed by a victim to the suspect.

“It was a pretty hairy scene. The first co-worker jumped in and was stabbed three or four times in the back,” Wells said. “It [the altercation] seemed to have stemmed from a debt that was owed at some point…The assailant kept saying, ‘He owes me, he owes me.’”

Video from the scene showed one of the victims getting lowered to the ground in stretcher from an upper level of the construction site.

There were no additional details immediately available.

Kamala Harris, Marty Walsh and the unlikely bonds of politics