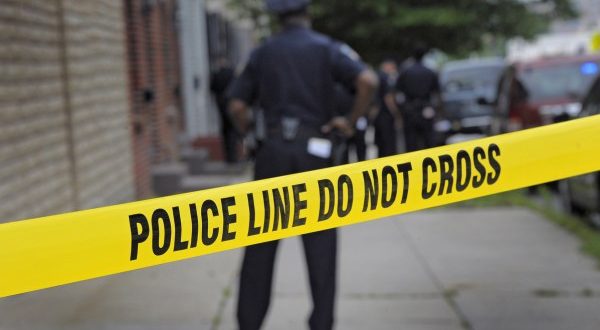 David Antonetty Almestica was convicted by a jury of his peers after a two-week long trial in Fall River Superior Court of Second Degree Murder, Witness Intimidation and two counts of Assault and Battery with a Dangerous Weapon. The defendant was ordered held for sentencing, which is scheduled for April 22nd.

On October 4, 2017, at approximately 6:30 in the morning, the defendant and the victim met up in the second-floor apartment of 45 Tallman Street, New Bedford in order for the defendant to sell cocaine to the victim. The victim was not happy with the price and expressed his displeasure. The defendant then stabbed the victim three times, once in the chest, once in the leg, and a slash wound to his abdomen. The stab wound to the chest pierced the victim’s heart, causing his chest cavity to fill with blood. The defendant then threw the victim down the stairs to the first-floor landing. The defendant followed the victim outside of the building to a street corner, where he had collapsed, and proceeded to strike him with a blunt object and kick him with a shod foot. One of the witnesses described the kick as a “football kick” that was occurred in front of parents putting their kids on the school bus. The defendant then handed out cocaine to the witnesses to the stabbing and told them to shut their mouths, and that they didn’t see anything. The defendant fled New Bedford to Springfield, MA where he was arrested that evening by members of the Hampden County State Police Detective Unit & Springfield Police after a warrant was obtained for the defendant’s arrest by our office.

The case was prosecuted by Assistant District Attorneys Michael Cahillane and Gillian Kirsch.

“I am very pleased the jury convicted the defendant of this senseless murder. The senseless acts of violence committed by the defendant included chasing the victim outside and beating him in the street in broad daylight. His conduct is simply unacceptable because it impacts people’s sense of security in their neighborhoods,” District Attorney Quinn said.

Healey racks up cash in bid for governor | News